As a WhatsApp user, you should be aware of the latest update that the platform holds. This new WhatsApp Feature Update now supports chat history migration to a different phone number. 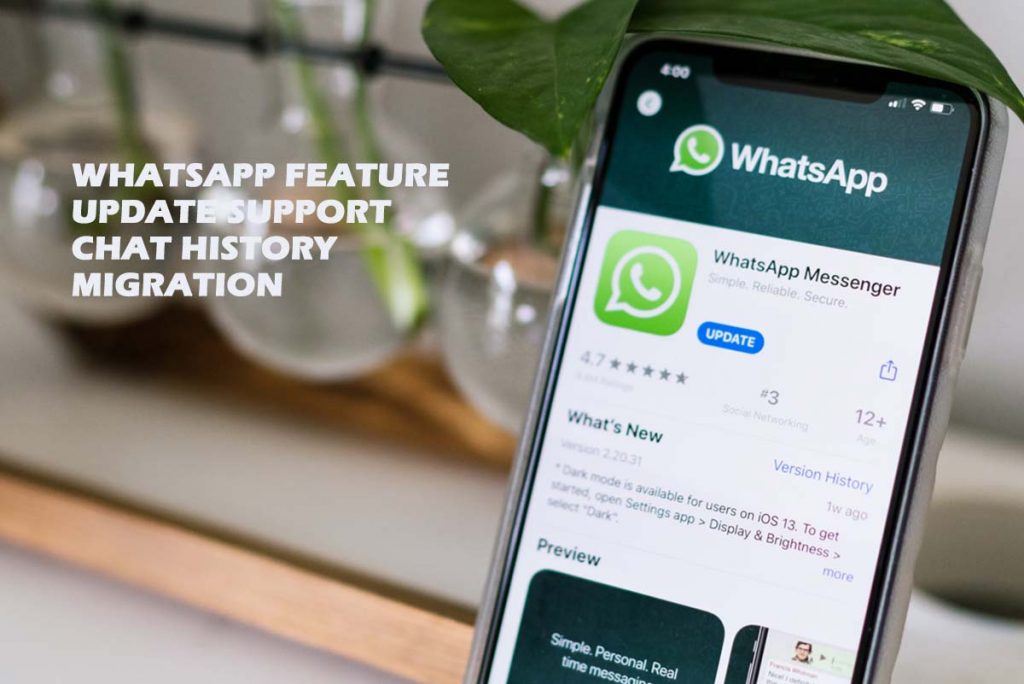 WhatsApp is widely used around the world, and as smartphones get upgraded every few years, a lot of people would be asking for ways to move their chat history to an entirely new device. Well, at the moment that is very possible with WhatsApp account on a new device on the same platform, but, when it comes to the chat histories, they are not carried over to another platform.

Now, WhatsApp is has started working on new features that would allow the users to make transfer chat history to a different platform, and it has been expected to land in a future update for iOS and Android devices.

The update would further address the issue preventing users from restoring their chat history after purchasing an entirely new device that is not the same operating system as the old one. At the moment, users that move from an Android device to their iPhone cannot restore their chat history coming from their backups to the apple device.

A solution is now being worked on in a solution that would address this problem. Screenshots have now surfaced showing WhatsApp requesting for you to update a user’s device in other to transfer their chat history to a new device.

With this new feature now in place, users would have the opportunity to move their chat history between their device platforms in both directions. The feature would also be polished in other to allow their chat history to be transferred to an entirely different mobile number.

Caveats would include that you would only start the chat migration process when you link a new device to your account on WhatsApp. This feature would also migrate all the media that is inside the chat history to the new device.

The process that is involved in changing your mobile numbers while retaining your chat history and media is also being offered as well. The feature is at the moment being developed for WhatsApp on Android and iOS and it would be offered in an update coming in the future. Unfortunately, there happens to be no timeline available for the update, so we would be required to wait for more information on a potential launch date that is coming soon.