Google’s Gmail App Now Allows Making Voice and Video Calls. The one-on-one voice and video calls are now rolling out for Google Chat inside the Gmail app on iOS and Android, Google has announced. 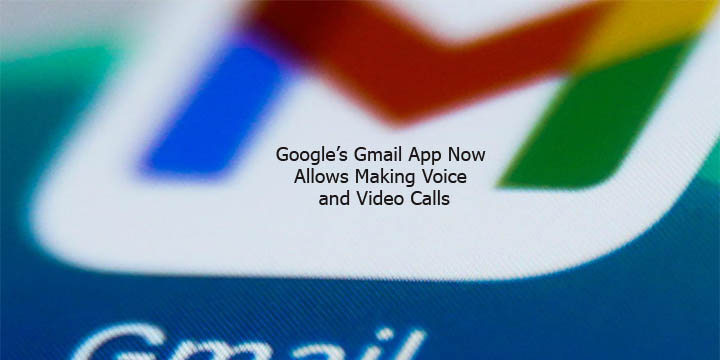 The feature was first announced in September, but as of December 6th it has started rolling out for anyone with Google Workspace, G Suite, or personal Google accounts.

It’s previously been possible to start calls from within the Gmail app, but until now it’s involved sending an invite to a Google Meet video conferencing call, which feels excessive for a one-on-one conversation.

Going forward, however, there will be simple phone and video icons in the top right of every one-on-one chat which can be used for calls.

According to the verge, this is a simple addition, but it’s one that furthers Google’s goal of making Gmail the central hub for all its communication services.

In fact, Google’s post says you will be redirected to the Gmail app, even if you start a call from within the Google Chat app.

As Dieter Bohn of the verge pointed out in September, emails now take up just one of the four tabs in the current Gmail app, alongside Chat, Spaces (Google’s Slack-style messaging service), and Meet (its video conferencing service).

What is Gmail all about, Gmail is a business and productivity application from Google. This is the mobile version of the popular email client from the tech giant.

With this, you can read, write, and manage your emails from your Android device. Like its web version, downloading and using the app is completely free.

Gmail has great apps that run on Android or iOS and make it easy to sync your email to your phone. The connection between your phone and Gmail uses SSL encryption. This means that a hacker using sniffing can’t see your email, even if you’re on a public Wi-Fi network.

How to Install the Gmail App

It’s quite easy to install the Gmail app, just follow the steps below;

That’s it, just follow the steps above and you can easily install your Gmail app.

A video call is typically a phone call using an internet connection, often called Voice over the Internet Protocol (VoIP), which uses video to transmit live pictures of the person initiating the call.

Today, there are various solutions available that have made it possible to make video calls without the need of a phone. It’s amazing to see that Gmail is also venturing into voice and video calls.