Google Breaks Promise and Still Ran Ads on Climate Denial. Google has struggled to uphold its recent pledge to stop running ads on content that promotes climate change denial, according to a new report from the nonprofit Center for Countering Digital Hate (CCDH). 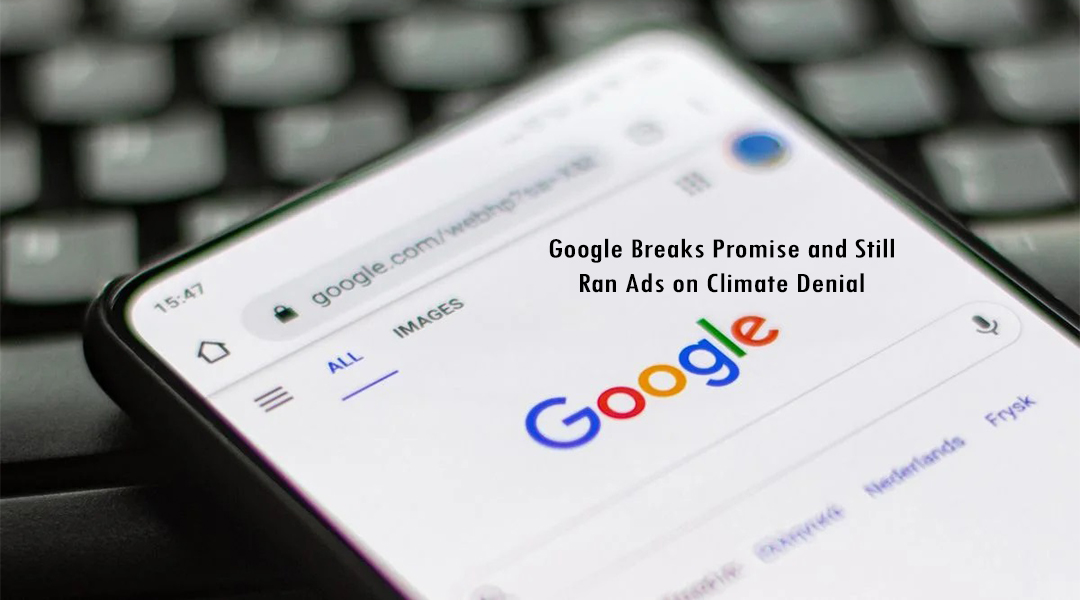 The new research identified 50 articles that include lies about climate change and that still featured Google ads after the date that Google said they would be banned.

Google announced a new policy in October that prohibits “ads for, and monetization of, content that contradicts well-established scientific consensus around the existence and causes of climate change.”

The verge also noted that the new policy was supposed to kick in for Google advertisers, publishers, and YouTube creators on November 9th.

“In making their initial announcement, Google appears to recognize that they have played a part in making climate change denial a profitable business, and yet they have not followed through with real action,” Imran Ahmed, chief executive of the Center for Countering Digital Hate, said in a statement.

In an email to The Verge, Google communications and public affairs manager Michael Aciman said the company “reviewed the pages shared with us and have taken appropriate enforcement actions.”

Google says it removed ads from a majority of the URLs because they violated the company’s climate change policy.

One Breitbart article on CCDH’s list calls global warming a hoax. Another article by the conservative website The Western Journal falsely claims “whether the climate is changing and whether it is caused by man are questions not answered definitively.”

Scientists agree that human activity has already heated up the planet by more than a degree Celsius, which is driving more extreme weather and triggering other threats across the globe.

The new report follows another study published in November by CCDH that traced nearly 70 percent of all interactions with climate denial content on Facebook back to just 10 “fringe” publishers.

Facebook has also come under fire by activists for not stopping the spread of climate misinformation on its platform. But unlike Google, Facebook maintained that the posts activists flagged as misleading were “posts these groups disagree with politically” and did not violate their policies.