Huawei’s P50 Pocket stylish clamshell foldable is launching this month. Huawei is set to announce a new foldable phone later this month called the Huawei P50 Pocket, according to a post on the company’s official Weibo account. 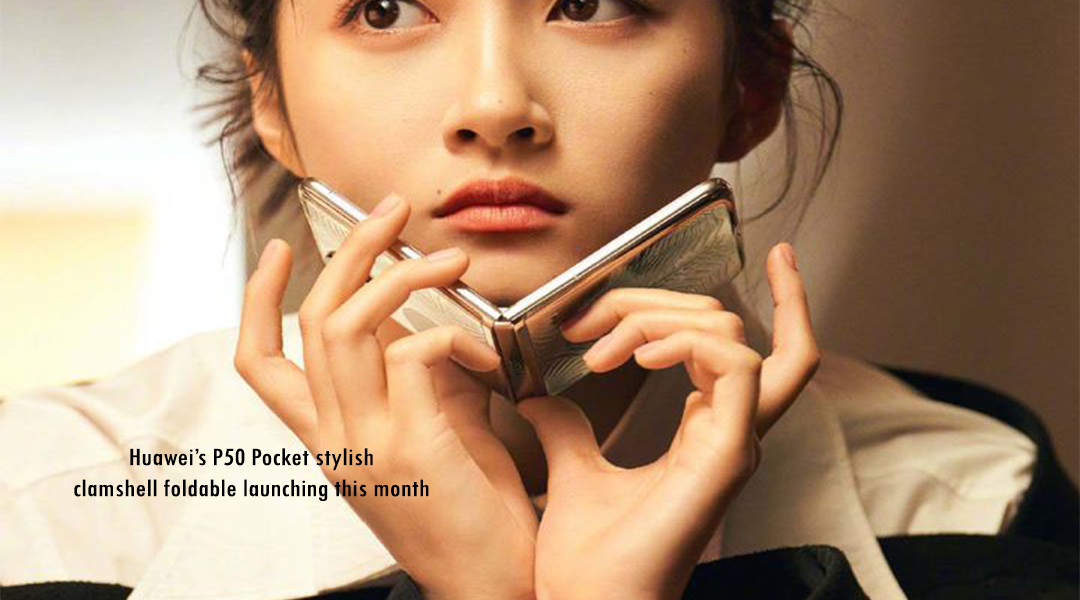 Unlike its previous Mate X foldable, which folds from a device the size of a tablet into a smartphone, the P50 Pocket has a clamshell design that folds out to the size of a smartphone. It’s a similar design to Samsung’s Z Flip devices or the Motorola Razr.

A Harper’s Bazaar China photoshoot of the P50 Pocket posted on Weibo makes it look like a stylish little foldable.

It appears to have a similar dual-ring camera bump to the Huawei P50, but its lower ring has been repurposed to work as a small external screen, which appears to be able to show notifications or work as a camera viewfinder.

Engadget China notes that the phone has a side-mounted fingerprint sensor for security, and available colors include silver and gold.

Huawei is of course no stranger to foldable devices and has previously released the Mate X, Mate XS, and Mate X2. But these use a folding form-factor that some have compared to a hotdog bun. In contrast, the new P50 Pocket looks to be using what’s been called a hamburger-style design.

Huawei Is Yet to Offer Its Latest Flagship

Huawei’s post only mentions a Chinese launch, and it’s unclear if or when the P50 Pocket could see a global release. We might be waiting a while, though.

Huawei is yet to offer its latest flagship smartphone, the P50, outside of China following its launch in July, and the company is still subject to US sanctions that both limit its ability to source hardware components and mean it can’t preinstall Google’s apps and services on its phones.