There’s a rumor about the God of war wanting to wrap up its story because the trilogies are just too long and people are beginning to complain. God of War Ragnarok was one of the highlights of the PlayStation Showcase 2021, and every day brings us closer and closer to its 2022 release window. 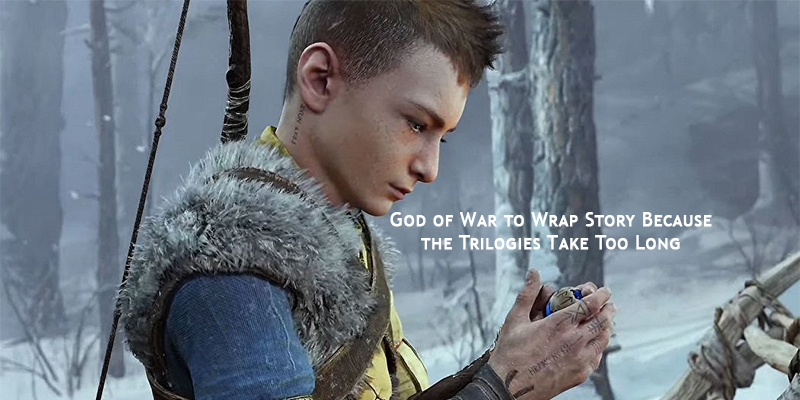 There’s never been a bad God of War game, so we have high hopes for Ragnarok particularly since, as we now know, this game will end Kratos’ Norse myth arc.

Whatever happens with the God of War series in the future, Ragnarok won’t get a direct sequel. And that’s fine because based on past series entries, it probably doesn’t need one.

Many people are happy about the wrapping up of the god of war. Judging by the positive response on social media, gamers are perfectly happy to let the story end in Ragnarok. Maybe it’s because they’ve been burned by trilogies before and the God of War trilogy in particular.

Frankly, a lot of stories work better as duologies than trilogies, and Kratos’ Norse adventures maybe just be one more example.

The Trouble with Trilogies

While I’m hardly the first person to point this out, it’s really hard to end a trilogy. Think about the great trilogies in pop culture: Star Wars, Lord of the Rings, Christopher Nolan’s Batman, The Godfather, and so forth.

Which of these had a truly standout third installment? To be brutally honest, which of them had a third installment that wasn’t considerably worse than the first two? Even gaming trilogies tend to run out of steam by the last entry.

Granted, some trilogies, such as Metal Gear Solid, The Witcher and Max Payne improved with time. Video games tend to handle trilogies better than books and movies. I bet you will agree with me on this.

Drawing out God of War’s Norse arc into a trilogy presents another potential issue: Kratos has already killed a lot of our favorite Norse gods, and he’s (presumably) going to kill a lot more of them in Ragnarok.

In the first game, he tore his way through the Valkyries, a host of trolls, the king of the dark elves, Thor’s sons, and the beautiful Baldur himself.

In Ragnarok, Kratos will almost certainly face off against Thor and Tyr. Freya and Angrboda will probably play big roles in the story, and the traditional Ragnarok myth doesn’t end well for either one. Get more details from this link.