GeForce Now is About to Start Streaming Pc Games Directly to LG’s TVs. LG initially said in January that Nvidia’s GeForce Now cloud gaming service was headed to some of its TVs, and now, it’s finally here though as a beta. 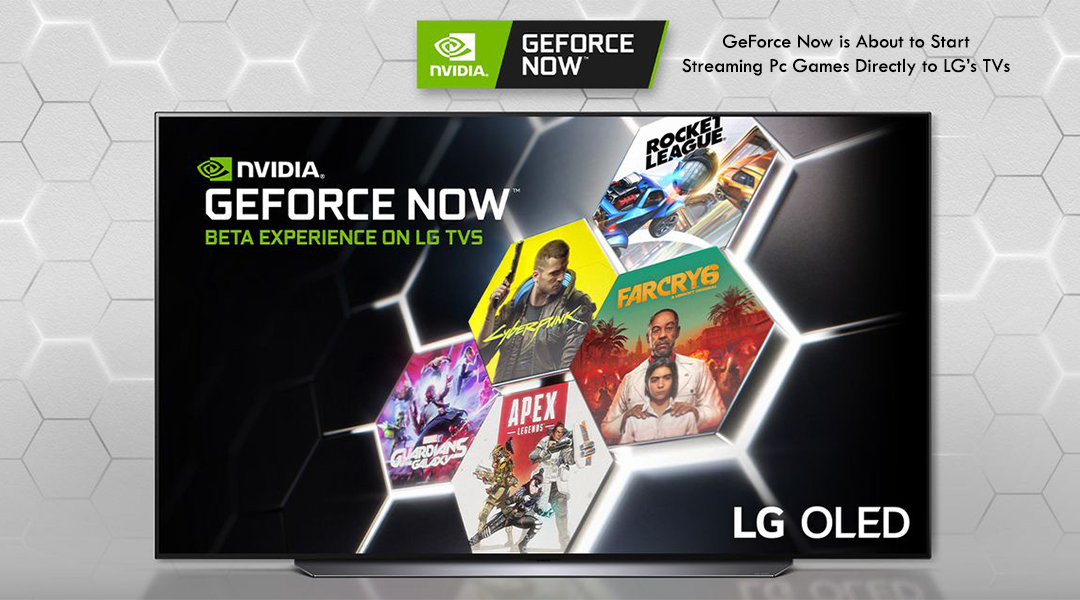 LG is going to be rolling out the beta this week for “select 2021 LG 4K OLED, QNED Mini LED, and NanoCell TV models in 80 markets,” according to a press release.

According to The Verge, GeForce Now allows you to play PC games you own on other devices through the cloud, and this new webOS app will also make it easier to use the service on a bigger screen.

That said, games will be capped at 60fps and 1080p resolution you will not be able to play GeForce Now games in 4K via the webOS app. (The feature is currently exclusive to Nvidia’s Shield TV set-top box.)

Every GeForce Now tier is supported, Nvidia tells The Verge, including the new tier which lets you play games on its dedicated RTX 3080 pods.

Every gamepad-supported game works, too, the company says. If you do not own any PC games yourself but still want to give the service a spin, there are more than 35 free-to-play games available on GeForce Now.

Nvidia says it plans to also improve upon the current app by releasing updates in partnership with LG through 2022.

Nvidia GeForce Now is a cloud gaming service that allows you to play games hosted on remote services and streamed over the internet to one of the supported devices – much like a Google Stadia, Cloud Gaming with Xbox Game Pass, Shadow, or PlayStation Now.

All the controller codes go the other way, while you receive up to about 1080p 60fps video of your gameplay back.

Unlike most of their rivals, GeForce Now does not sell you games or give you access to its own curated library of titles. Rather, it links with your Steam, Epic Games Store, GOG, or Uplay online accounts to play the games you already own or would buy via those digital storefronts.

The Nvidia GeForce Now service is playable through the company’s own Shield TV set-top boxes. It can also be accessed via the desktop apps for PC, Mac, and Google Chromebooks. Any Android device with 2GB of RAM and a sporting Android 5.0 is compatible, but you will also need a separate controller.

That also includes the Android TV boxes that are not the Shield TV, but as the app is only in beta form at present, Nvidia makes no guarantees on performance or that all functionality will be made available.

Only the Korea-only LG U+ UHD Android TV box is officially compatible (except for Shield). There is also support for iOS devices too, through the Safari browser. Just load play.geforcenow.com on a new page.