Facebook Tests Giving More Control of News Feed Content. Facebook parent company Meta has said they are testing new ways for users to be able to customize the content they see in their News Feeds. 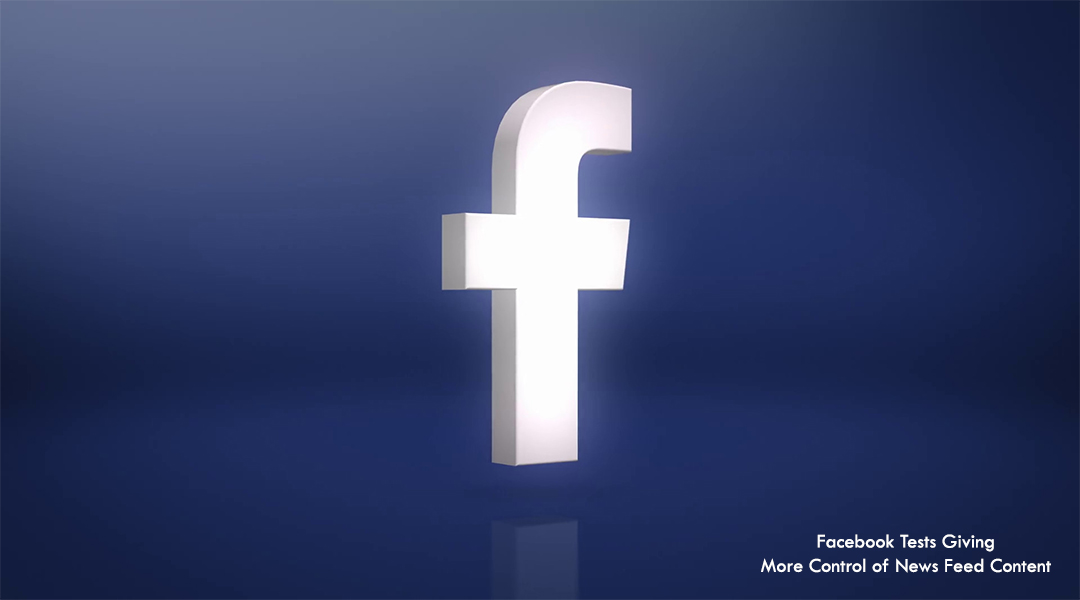 The company said in a blog post on Thursday that the test, available to a “small percentage” of its users to start, would allow people to adjust their preferences to either increase or reduce the amount of content they see from specific friends, family, groups, and pages they are connected with on its platform.

According to The verge, Facebook has tweaked the way that the News Feed presents content numerous times in the past several years and seems to keep rethinking what content they can prioritize and why.

In 2015, it said it was changing its News Feeds to favor content from close friends over the ones from brands and publishers.  In 2016, Facebook said again it would adjust its algorithm so that posts from friends would get priority over publishers.

Then in 2018, the company said it was going to change the News Feed so posts that might spark “back and forth discussion” (aka engagement, which is Facebook’s bread-and-butter) and would be more likely to appear than more of passive content.

Guess what Facebook did in 2020? Well, a few things, but also it actually tweaked the News Feed yet again, this time to favor more of their trustworthy and quality news sources. It also rolled back that “nicer” version of the News Feed in December 2020 to the reported chagrin of some Facebook employees.

How the social media giant controls its News Feed has mostly been a mystery, but Facebook released a report in September and said it would give the public some insights into how they decide what content it suppresses, or “demotes” like clickbait and posts from those who have repeatedly violated its rules.

But now users in the new test will be able to turn down the volume on friends, family, pages, and groups in their News Feeds if that’s what they prefer.

Meta also said in the blog post that this was “part of our ongoing work to give people more control over News Feed, so they see more of what they want and less of what they don’t.” Sounds great, yet again!

Facebook is also going to make changes to news controls for its business customers, thereby expanding the “topic exclusion” controls to a test group of advertisers that run their ads in English.

The advertisers can select from three topic groups news and politics, social issues, and crime and tragedy so that they can prevent their ads from appearing near posts about those topics if they prefer.