Halo Infinite Turned Craig into a Rock Star. One day you are just another Brute on the Halo ring minding your own business and maybe the next you are a rock star. That’s Craig, the Halo Infinite’s infamous Brute that appeared in the notorious trailer last year. 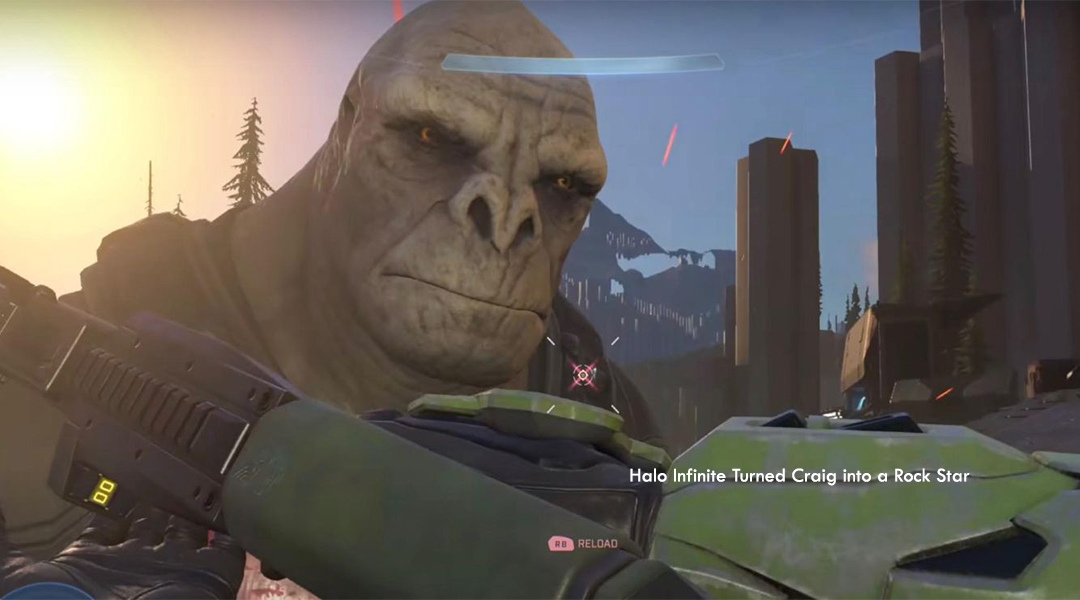 He might have originally represented the poor quality of the graphics in the original Halo Infinite trailer, but he has now been memorialized as a rock star inside the game in an Easter egg.

According to The verge, the Craig shrine can be discovered on top of a giant tower in the fourth campaign mission in the Halo Infinite.

It also includes the greatest hits album and a tour poster with dates that tells when Craig is holding a Zeta Halo tour. Songs include classics like “The Day You Become a Meme, I Got Tears Last Summer” and “I Smile Inside.”

The Brutes inside Halo Infinite (like Craig) have had a glow-up since we last saw them, and the graphical improvements leave just the memory of Craig in the players’ minds. 343 Industries has promised Craig Easter eggs, so there could be even more to discover throughout this campaign.

Mint Blitz, a YouTuber that is so good at Halo I’m convinced his arms are autonomous, discovered that the hidden Easter egg during the campaign missions.

You will have to upgrade your Grappleshot, an awesome new ability in the Halo Infinite, to the 40 percent cooldown reduction in order to be able to get to the top of the tower. Once you get there, you can pick up a collectible skull and check out Craig’s wonderful rock star shrine.

343 waited a long time to nail down the December release date, only announcing it late in the summer at Gamescom 2021. The delay from last year’s holiday 2020 window was “to ensure the team has adequate time to deliver a Halo game experience that meets our vision.”

Halo Infinite’s multiplayer beta launched on November 15, 2021. Several leaks point towards this happening in the week prior, though Microsoft waited to officially announce the multiplayer beta surprise launch during the Xbox 20th anniversary live stream scheduled for the 15th.