Finally the matrix: resurrections trailer is here – finally the long-awaited trailer for the revered fourth matrix installation is here. And guess what? It is accompanied by the movie’s official title: matrix: resurrections. First previewed at a CinemaCon presentation from Warner Bros. pictures on the 24th of August in Las Vegas, it is now released to the public today. 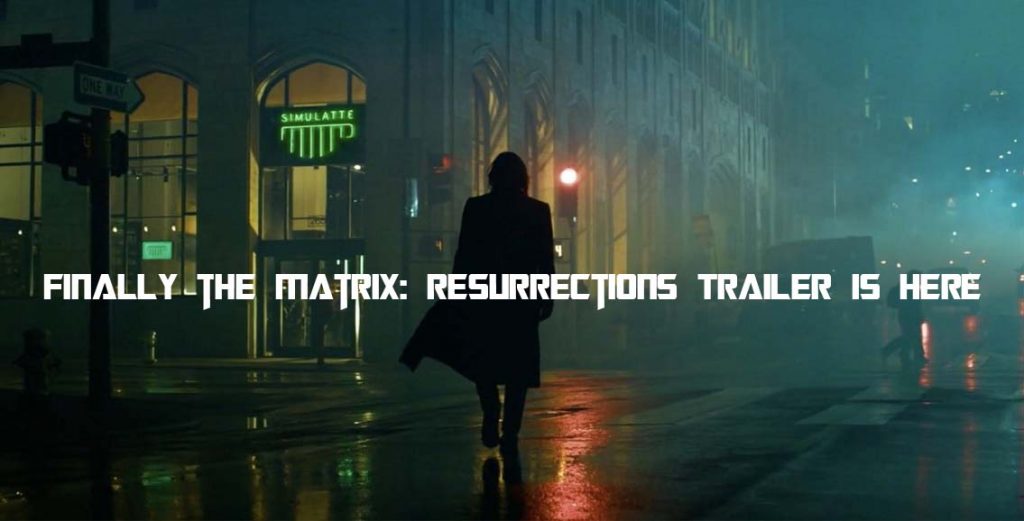 Neo and trinity returns on the matrix: resurrections with the very first official trailer released. The released trailer features clips of neo (Keanu Reaves), Trinity (Carrie-Anne Moss), and Neil Patrick Harris playing the role of Neo’s therapist. In the trailer, you can see neo asking “am I crazy?” in his pre-awoken Thomas Anderson persona. The character of Harris then replies “we don’t use that word in here.”

Fans normally shouldn’t expect much from a trailer. Although not being long, the trailer shows a young Morpheus played by newcomer Yahya Abdul-Mateem II telling the character of neo that “it’s time to fly” and at the same time holding a red pill.

As seen in the trailer neo will have to follow a woman to learn about the truth once again. Just that this time the white rabbit that he will be following wouldn’t be a tattoo on her shoulder but rather Jefferson’s airplane’s classic song playing along blue pills spilled into a sink.

What to Expect From the Trailer

If you haven’t seen the trailer yet, you should be excited. Will fans get to see explosions? Yes! Expect to see explosions and lots of action scenes. From the trailer, fans will also get to ponder about what’s real and what’s not in a shifting timeline in a true matrix fashion. As the film trailer ends, another new addition to the franchise, Jonathan Groff says “after all these years to be going back to where it all started…back to the matrix.”

The Matrix: Resurrection Directors and Writers

The movie matrix: resurrections is directed and written by Lana Wachowski who co-wrote and co-directed the first three matrix films alongside her sister lily Wachowski. The movie is scheduled to be premiered exclusively in theaters on December 22nd. Just last Tuesday, fans of the franchise all over the globe were treated to a somewhat unique website where different snippets of the trailer were presented depending on the time you logged in. and you will have to choose a pill, red or blue.