After the massive uproar due to the social media giant shut down, finally, Facebook is Back. Yesterday (September 4, 2021) Facebook, Instagram, and WhatsApp were shut down. While this shutdown was temporary, the company (Facebook) was said to have lost billions of data. The point, however, is that the social media have been brought back. 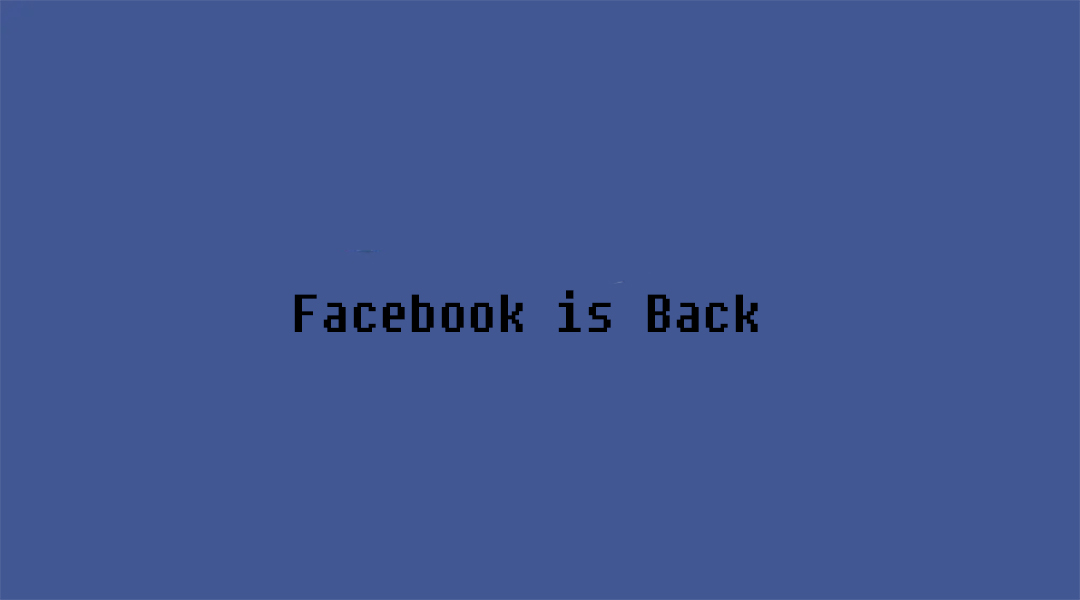 Most users of social media (Facebook, WhatsApp, and Instagram) were found on Twitter lashing out the issue as they wanted to know what was really wrong. While we have no idea what really went down, the good news is that the social media platforms have been restored.

When Facebook was down, people initially thought it was a Facebook issue. They went over to Instagram and realized their feeds couldn’t refresh. Still, they were able to view their accounts posts. WhatsApp on the other hand could send or receive messages, status updates, and so on.

While this was happening, Facebook simply left a message on their page saying “Its not just you! Facebook is down.”. Down Detector (a website uptime monitoring site) also confirmed that Facebook was truly down.

Frankly, I don’t think I have ever witnessed Facebook being down. Whatever the issue was, we only hope that it has been fully resolved. We could also hope that our personal details of which Facebook has access to aren’t hijacked.