Facebook has beefed up their game and now incorporated a dating platform inside the network popularly known as Facebook dating, and this seems to be drawing a very huge attention every day since its launch. 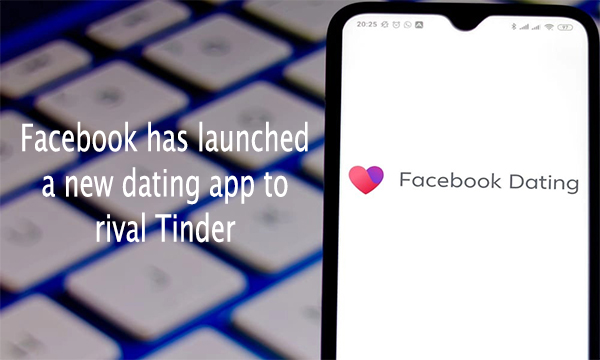 Now, some people are of the bias that Facebook has launched a new dating app to rival Tinder, but is that really so? In this article, we shall be shedding light on that regard and more.

Last year, Facebook dating was launched in the United States and is currently available in Europe. Before Facebook dating, Tinder used to be the most used free dating apps, but right now, since the launch of Facebook dating on mobile app and desktop, there have been speculations that the new Facebook dating is going head-on to rival up with Tinder, but in this article, we shall be showing the differences between these two.

If you’re having a hard time choosing between Facebook dating and Tinder, these comparisons will show you the differences between the two for you to pick which one suits your preference.

Facebook dating is a tool that is incorporated inside the Facebook app, this means that Facebook dating does not have an app on its own. Tinder, on the other hand, is available in the mobile app for Android and IOS mobile devices.

If you’re the active type on Facebook, there are high chances that you’ll love the filter options on Facebook dating. The platform allows you to see which friends, groups, and events you have in common with other users.

You can filter by age, gender, distance, and so on, but Facebook may still show you users who hide their chosen preferences.

Tinder, on the other hand, gives you the freedom to choose what you’d like to share with others. You can also link your Instagram and Spotify accounts to Tinder.

Facebook is considered the largest social media platform in the world, but when it comes to dating, Tinder has its name written all over the world.

Tinder has been around since 2012, while Facebook dating launched in 2019, so you can be sure that when it comes to popularity as of the time of this writing, Tinder takes the lead.

With Tinder, you can open an account with just your phone number without having to link it to any social network account. You can also turn off confirmation of reading messages and puts you in charge of what information users will have access to.

concerning the rival between Facebook dating and Tinder, it is really meant to be a competition as both of them come with their preferences.

With these being said, it really boils down to your personal preferences; if you are very active on the Facebook app, you might not really need to switch to Tinder, but if you’re looking to explore different grounds and have more options with the Tinder premium subscription, then Tinder might be your best bet.