Video game-making company Embracer Group to acquire dark horse comics. The company says that there is untapped potential to create various games based off on the properties of dark horse. 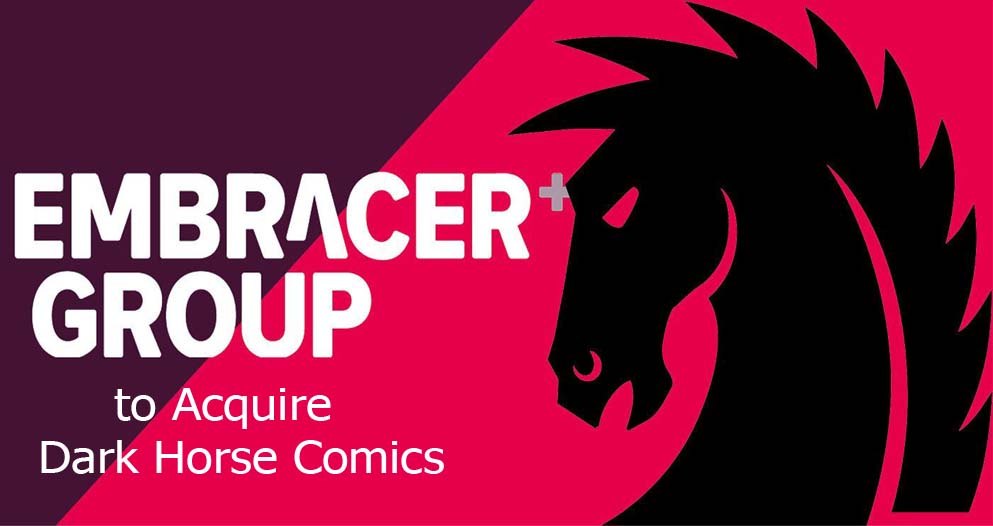 On Tuesday, video game-making company Embracer Group said that it has agreed to acquire dark horse which is one of the biggest comic book creators in the United States.

Embracer is a Sweden-based parent company. And this company is the parent company of various gaming studios including Koch Media, THQ Nordic, Gearbox Software, and saber interactive. The acquisition of dark house will empower the company’s “transmedia capabilities by adding expertise in content development, comics publishing, and film and TV production,” as well as creating opportunities in new video games says the company in a press release.

It is reported that dark horse comics oversee more than 300 intellectual properties and this is including company-owned titles such as the mask, ghost, and time cop. The company also has a production arm in its arsenal in addition to comics called dark Horse Entertainment.

The production arm of dark horse entertainment produced the Netflix series umbrella academy and the Hellboy films. The company also is responsible for a collectible retailer, things from another world. Mike Richardson who is the CEO and founder of the company will remain at the helm of things amidst the acquisition by Embracer Group.

“I can’t express the excitement I feel as dark horse moves into this new chapter in our history,” CEO Mike Richardson said in a statement. “The synergies that exist with the embracer network of companies promises exciting opportunities not only for dark horse, but also for the creators and companies we work with.”

As of the time of this publication, the terms of the deal between both companies have not been disclosed.