CES 2022 Falling Apart As T-Mobile and Others Bail On In-Person Conference. It’s another year for another gigantic tech tradeshow, even though it seems like it may be falling apart as the COVID-19 pandemic continues. 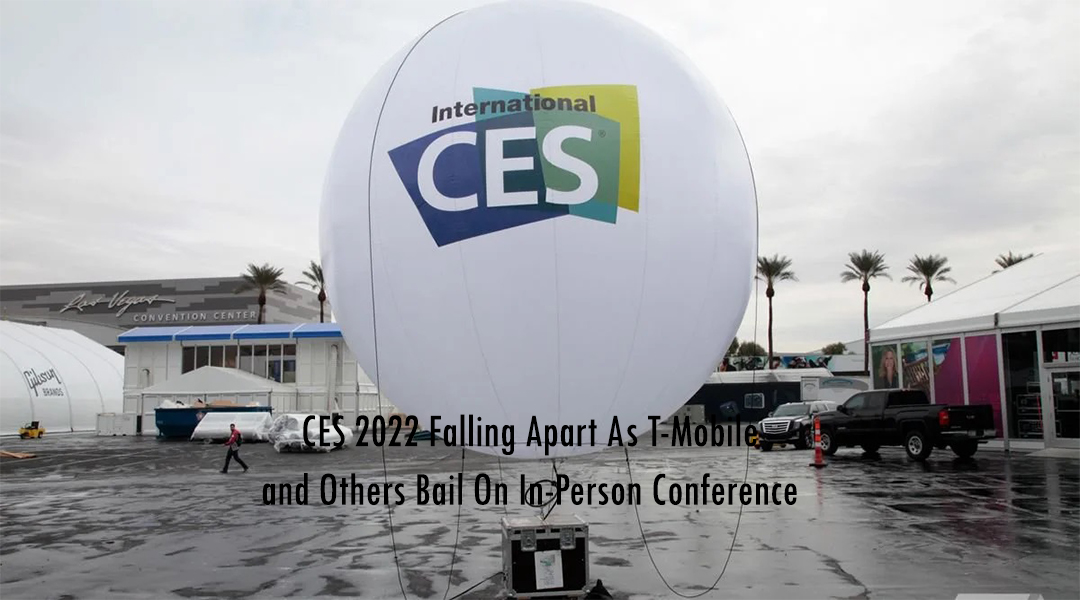 The T-Mobile CEO Mike Sievert, that is one of the Consumer Electronics Show’s featured speakers, has announced publicly that his company will not be in attendance in the world’s largest electronics show to be hosted next month. Amazon also decided not to attend the show in person, as noted by Bloomberg’s Mark Gurman.

T-Mobile, Meta, Twitter, Pinterest, and iHeartRadio have all been said to announce this week that they won’t be attending this version of the annual Las Vegas expo in light of a new wave of the COVID-19 cases in the U.S, as have major tech publications that include, The Verge, CNET, Engadget, and others.

But then again T-Mobile is actually the first major attendee to bail, with other companies like Twitter and Meta having a more low-key presence at the show in general.

“T-Mobile will continue to serve as a CES sponsor and title sponsor of the DRL Championship Race but the vast majority of our team will not be traveling to Las Vegas,” reads the company’s press release. “Additionally, T-Mobile CEO Mike Sievert will no longer be offering a keynote in-person or virtually.”

Companies like Samsung, LG, Sony, Nikon, and Others Are the Likely Tipping Point

Other companies expected to make a great impact if they also bounced the CES 2022 include big companies like Samsung and GM that also have featured keynotes and companies that generally rented lots of prominent space on the show floor, like Intel, LG, Panasonic, and Sony.

When asked if the major companies now are still committed; a Sony rep suggested that the company still plans to attend, and LG said that “Unless CTA says otherwise,” it’s “still on board.”

LG, however, will not be having the traditional booth, as it’s said wants to make use of QR codes and AR to show off its wares.

Nvidia Will Have a Virtual-Only Keynote

Bloomberg notes that Samsung and are AMD still preparing a limited presence, Nvidia will be having a virtual-only keynote, and that Qualcomm, OnePlus, and HTC still want to attend.

Sony, Samsung, and even Google are all in the list as “monitoring local conditions,” which could be seen as a meaningless platitude but can also give those companies an easy out in case they decide the conditions have changed.

The Consumer Technology Association, which runs the CES, states that it still plans to host an in-person show. “At this point, he says we’re very much focused to have this show and do it safely and put the right protocols in place to make sure that people feel at ease with it,” a CTA exec told Adweek.

In the recent past, questions like “will they or won’t they cancel due to COVID” stretch on for the time being. The Mobile World Congress in Barcelona, which is the first big tech show to go on after the COVID-19 pandemic primarily hit, held out for quite some time even as partners are still canceling.

Ultimately, organizers had to cancel MWC 2020. Major tech companies also ditched the in-person version of MWC 2021 as well. CES 2021, on the other hand, was all virtual.