CEO of Better.com fires hundreds of his employees over zoom video meeting. The mass layoff of the company’s staff is coming just days after the startup received a $750 million cash infusion. 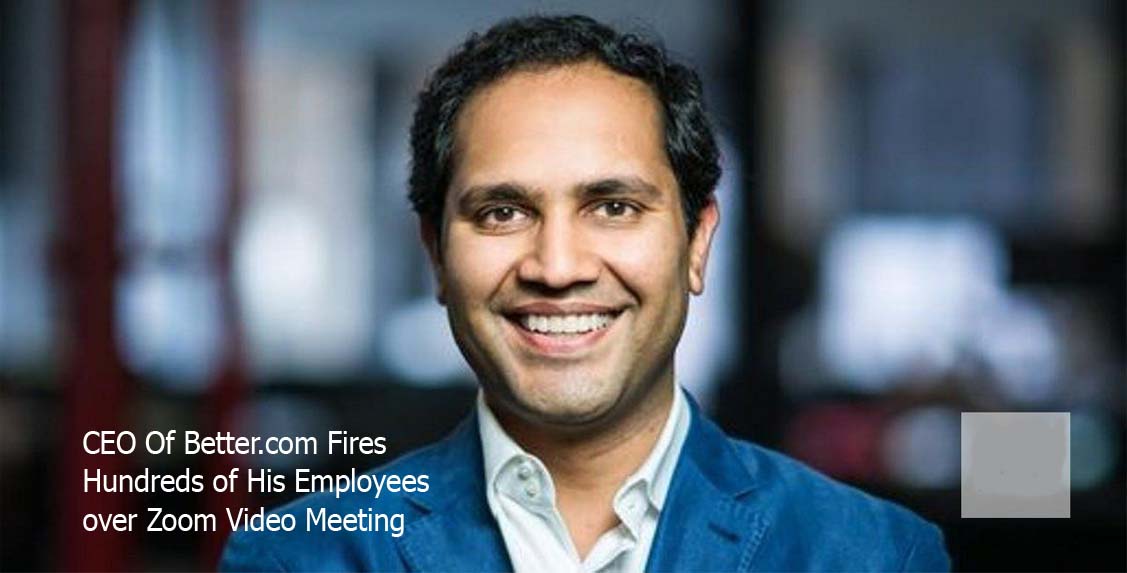 CEO Of Better.com Fires Hundreds of His Employees over Zoom Video Meeting

The CEO of Better.com, a digital mortgage lender company during a mass zoom meeting informed 900 of its employees that they were being laid off a few weeks before the Christmas holidays. During the meeting on Wednesday, the CEO of Beter.com, Vishal Garg said, “If you are on this call, you are part of the unlucky group that is being laid off. Your employment here is terminated effective immediately.”

The layoff of the company’s employees is coming just a few days after the company and start-up based in New York received a $750 million cash infusion from Softbank ahead of the company’s plan to go public via a special purpose acquisition company.

Reasons Employees Were Laid Off

CEO, Garg, during the meeting, cited a few factors including, performance, market efficiency, and productivity as some of the reasons for the layoffs. He also cited that the reasons and factors he provided affected the workforce of the company by 9%.

During the zoom meeting, CEO Garg said, “this isn’t the news you are gonna wanna hear, but ultimately it was my decision and I wanted you t hear it from me. The last time I did this, I cried. This time I hope to be stronger.”

The CEO also accused employees laid off of stealing from customers and their colleagues by being unproductive. Vishal Garg has served as the company’s CEO since 2014 after founding it. the management technique he employs can be harsh sometimes no doubt as evident by emails he sent to employees which were obtained by Forbes.

The company, Better.com however hasn’t responded to a request for comment as of yet.