Castlevania composer returns to her masterpiece with new apple arcade game – the game Castlevania: Grimoire of Souls is one of the longest and most awaited returns of the vampire series. But there is also something special about this game. The return of this gaming series also marks the return of some prominent names in the business such as character designer Ayami Kojima and composer Michiru Yamane who left Konami back in 2008. 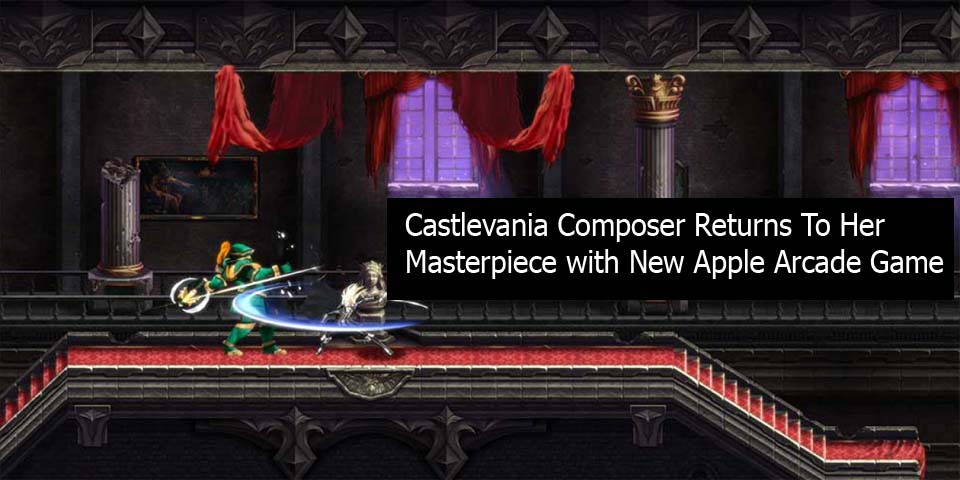 Composers Yamane has previously worked on seminal Castlevania games such as symphony of the night and also sawn of sorrow. And after leaving Konami to become a freelancer she collaborated with longtime Castlevania director Koji Igarashi on the game bloodstained. Although she refers to her work on Castlevania as her masterpiece, she has also worked on several titles such as Skullgirls, some Suikoden games, and monster boy and the cursed kingdom.

Andrew Webster from the verge had a brief chat with her about her career so far and the grimoire of souls. And ahead of the launch of the said game which is now out on apple arcade, she had the following questions to answer regarding her work and career:

How does it feel to return to the franchise?

“The Castlevania series is my masterpiece from my days as a company employee, and it is also the series in which I participated in the largest of titles. So I’m very happy to be able to participate in this project as a freelance musician again after all these years, and to be able to please the fans of this series.”

For you, what makes a Castlevania soundtrack distinct? What are elements that are intrinsically Castlevania?

“The best thing about it is its worldview. Pipe organs, choirs, church bells, and other instruments and musical styles which are typical of the medieval European era. In particular, baroque and classical music is of course a point of differentiation. In addition to the academic western classical music, there is also the essence of various music such as Ravel and Debussy, the essence of avant-garde music, and modern music (progressive rock) in odd time signatures. For example, the desert stage contains music with middle eastern melodies, or the water stage uses modal melodies.”

How do you think the series sound has evolved over the years?

“It can be said that it has developed along with changes in the performance of game console. The PSG sound source of NES, followed by the mega drive, PlayStation, and PlayStation 2, has increased the range of expression as time has progressed. In the early days of video games, the number of simultaneous sounds was three, but as technology increased, and the range of musical expression expanded. We can say the same thing for graphics. As the person in charge of music, I feel that as the expression of graphics has expanded, it has become possible to express artistic beauty by linking it to music.”

Was there anything you wanted to do differently this time around?

“Currently, my life’s work is healing music. Because of this, I create music in a slightly lower tuning ‘A=432 Hz,’ which is specialized for healing.”

Steps on How to Make a File Smaller on your Mac

Technologies Useful for Businesses in the Future