Bruno Mars Skin Offered as Reward at the Fortnite Silk Sonic Tournament. Nowadays, you get to hop right into Fortnite and dress up as a wide array of characters, and it includes superheroes, Movie Villains, and as much as everything in between. 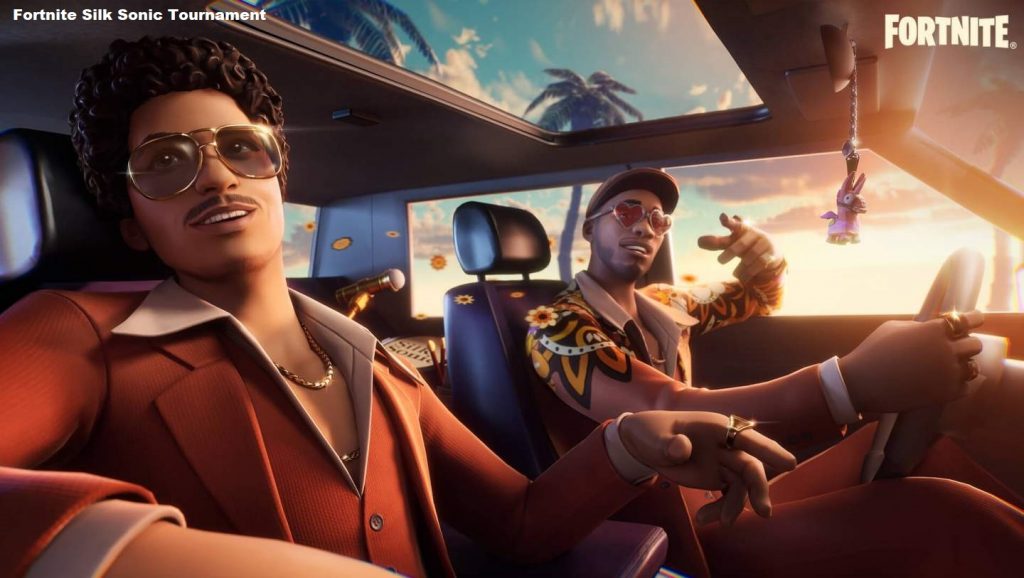 The options are to be expanded starting This February 3, 2022, when Epic decided to drop the announcement that Fortnite would be adding two popstars in other to expand its celebrity skins lineup. Soon enough, fans would be able to play the game as Bruno Mars and Anderson. Paak, the duo behind Silk Sonic, via making use of an outfit added as a part of the Fortnite Icon Series.

These two new skins are not live in the game just yet. Instead, epic stated that they would be launching it on the 10th, and as with the other skins that are available in the Icon series, they will primarily be available via the Item shop. The skins are to be included in the Silk Sonic set, and it serves up outfits for both Bruno Mars and Anderson Paak in three different styles with other accessories.

For the Bruno Mars Outfit, Players would be given the Sound Scepter Pickaxe and the Freedom Wheels Emote, While the Anderson. Paak Skins is accommodated by the Sonic Snare Back Bling and the Boom Bap Pickaxe. Currently, there are no words on pricing when it comes to the Silk Sonic Set at the moment, but look for it to get added to the shop on February 10, 2022, at 7 PM EST.

Right before the debut of the bundle, Players would be given the chance to win it entirely for free by participating in the Silk Sonic Cup. If you happen to have participated in a Fortnite Tournament before, you already are familiar with how this is expected to work. For the uninitiated, players would get split into regions and have a three-hour window to take part in up to 10 matches.

Players will get awarded points based on their ranking in each match, starting from a single point for the 24th -25th place all the way up to about 25 points for each victory Royale.

Players also would get a point for every elimination in these 10 matches, so it is quite necessarily a great idea for you to shy away from fights in the hope of acquiring a much better ranking.

The Silk Sonic cup would be taking place on February 7, 2022. The number of points required by the players are expected to reach in other to unlock the Silk Sonic Set depends on the region, and those can be found in the official rules. Earning about 8 points, regardless of region, will get you the Silk Sonic Spray, so it is actually worth you are taking part even if you do not think you are going to be among the winners.

Epic finally announced the Icon Radio. Players would be able to listen to the icon Radio whenever they are driving a vehicle, and While it sounds like the Playlists will get updated with time, it would be launching with Music made by silk Sonic, Bruno Mars, and Anderson .Paak. While that remains a cool feature, Streamers and YouTubers would want to avoid turning the icon Radio while broadcasting due to rules concerning copyright.