Nintendo Switch Total Sales Surpassed Wii and PlayStation. The financial Result concerning the Nintendo Switch has been revealed for Q3 of its 2022 fiscal year, and alongside those results, the company has decided to announce the new sales figures of the Switch. 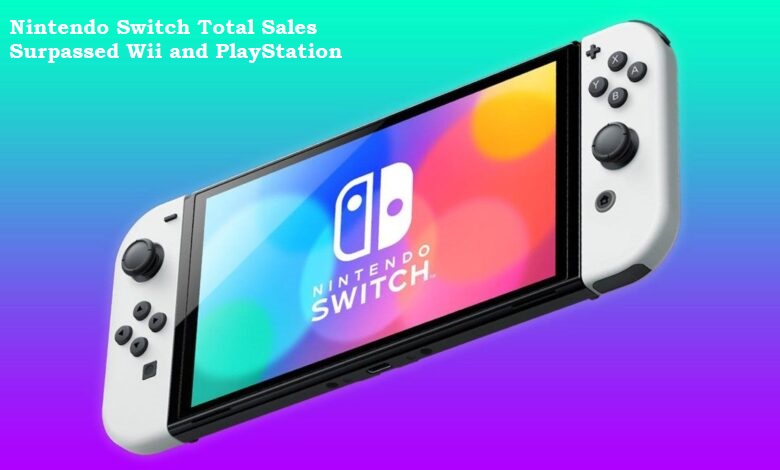 The Switch Console has not only joined the 100 million club, but it has also sold more than 100 million units worldwide ever since it was introduced. But it has now beaten Wii in terms of total unit sales.

The Wii was quite a huge success for Nintendo, so the fact that the Switch now happens to have surpassed it certainly speaks to the popularity of the platform. As stated by Nintendo’s updated sales data, the Switch has sold a total of 103.54 million units worldwide, only slightly edging out the Wii, which sits at 101.63 million lifetime sales.

In Nintendo’s full financial report, we see that the standard Switch comprises of 81.68 million of those sales, While the Switch lite has pulled in a more respectable 17.87 million. Even though the Switch OLED was launched back in October, the console has managed to sell about 3.99 million units right before the end of the quarter in December.

Currently, the PlayStation 4 is still available in production, so while it would not end it run at 116.9 million, we are likely to expect too many more sales for the platform now that the PlayStation 5 has arrived. It seems likely that the Switch will eventually surpass both the PlayStation 4 and the Game Boy to become the world’s third best-selling console of all time.

Whether or not it gets to catch up with the Nintendo DS and PlayStation 2 is an entirely different question. The Switch has been shown to become quite the popular platform, but the Nintendo DS and PlayStation 2 were phenomena in terms of worldwide sales. Players would always get the chance that the switch will catch up with those platforms, but it would still have a long way to go right before it does.

While Nintendo did state that their software sales year-over-year, there were still some games that have done quite well particularly. To begin, Pokémon Brilliant Diamond and shining Pearl particularly well. For example, Pokémon Brilliant Diamond and Shining Pearl have Sold a combined total of around 13.97 million units, so Pokémon still remains a force to be reckoned with. On the other hand, Mario Party Superstars has managed to pull in about 5.43 million sales so far since it was launched on October 29th.

Within the first nine months, of FY2022, Mario Kart 8 Deluxe has managed to gather another 7.96 million sales for an entirely new lifetime of about 4.5 million. Animal Crossing: new horizons sold about 4.99 million units for a grand total of 37.82 million units sold so far, So while it is now looking as if animal crossing would actually catch up with and actually surpass Mario Kart 8 Deluxe to become Switch’s best-selling title, The gap has been extended over the past few years.

Now, it seems like the Switch has been able to capitalize on the lack of PS5 and Xbox Series X availability. Well, we would see where it ends up to close out Nintendo’s Fiscal year within a few months.