Micromobility company bolt mobility launches an in-app navigation tool and feature for shared e-scooters. The company that is co-founded by Olympian Usain Bolt dubbed the feature as “Mobility OS”. 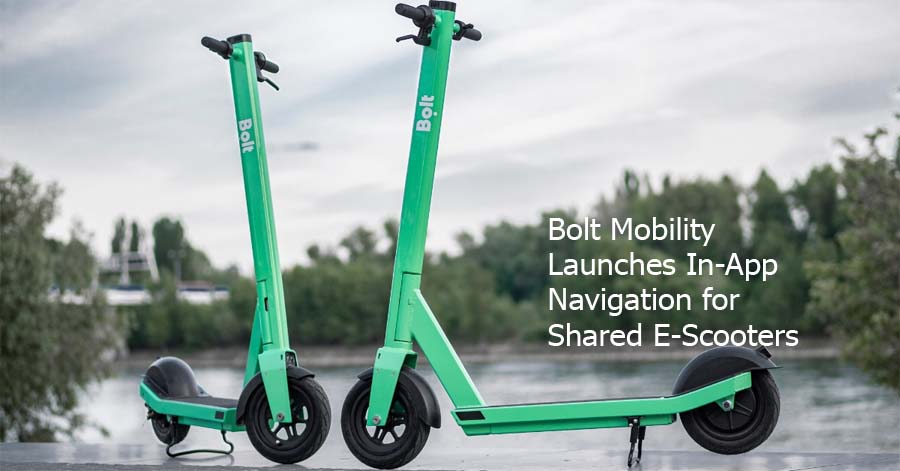 And according to the company, making use of the feature is easy and to do this, the company’s next generation of scooters dubbed the “bolt two” will allow riders to mount their smartphones on it and it will also be shared by the scooter.

The act of mounting a phone with the in-app navigation feature in the shared scooter market will be a game-changer. The reason for this is that not many shared e-scooters feature a phone mount enability and it’s very shocking given the fact that it’s 2021 already and most people that use or ride scooters navigate their way using Google or apple maps.

The Safety Concerns for Phone Mounters

Looking at your phone screens when riding a scooter may be a safety risk and also the cost of fixing or replacing mounts when damaged on busy streets is something to be wary of, some operators of scooters revealed to TechCrunch recently.

Bolts MobilityOS makes use of map visualization made available by Google maps. The navigation system on the other hand is built in-house to incorporate city-specific geofences for each ride. This helps keep the riders on streets with bike lanes and away from high traffic-sensitive areas. The company, bolt also revealed that the system encourages riders to park vesicles safely, keeping sidewalks clean with “rewarding parking zones.”

Another thing about the mount on the bolt twos is that there is a built-in wireless charger. This charger is powered by the swappable batteries of the scooter. And according to the company, the impact on the battery of the scooter when charging smartphones is minimal.

The Reach of the MobiltiyOS and Bolt

You will currently find Bolt in 33 cities, campuses, and towns across the US. MobilityOS and bolt two are already in Miami where the headquarters of the company is. However, the navigation system of the tech will arrive in other markets of Bolt in the first quarter of next year.

Vio a major competitor that operates mainly in Europe already has a phone mount, but other competitors in the market such as lime, bird and, spin and Veo don’t have the feature as of yet. Veo and Superpesdestrain however said that they are working on adding phone holders to their fleets currently. Lime on the other hand is piloting them on its Gen4 scooter in Stockholm before rolling them out globally.

Google maps come with lime, spin, and bird. With this users can easily find e-scooters and route vehicle-specific trips on the app. But without a mount, most users will have to use headphones to listen for directions while keeping their phones in their pockets.