Good news, As Part of Disney Plus Day Shang Chi Will Start Streaming on November 22. According to THEVERGE, Disney is making Shang-Chi and the Legend of the Ten Rings available to stream at no additional cost for subscribers as part of its newly announced Disney Plus Day. 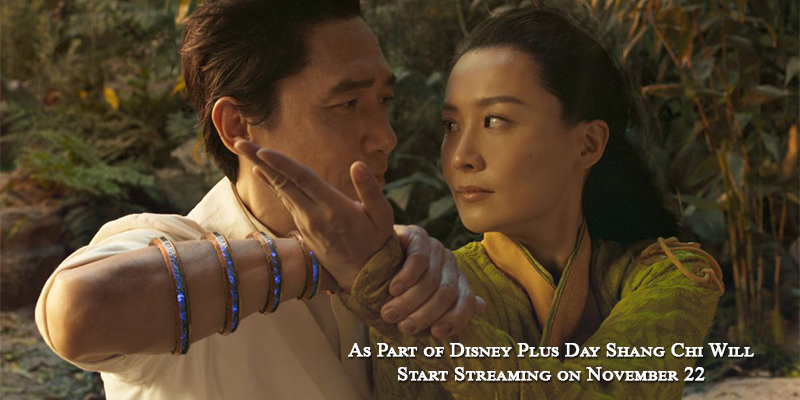 With the celebration of the second anniversary of Disney Plus on November 12th around the corner, the announcement just seems perfect.

Along with its latest Marvel blockbuster, the company is introducing new movies, shows, and Marvel and Star Wars specials as part of “a grand-scale celebration of our subscribers across the entire company,” says Disney CEO Bob Chapek.

Disney tells The Verge that both Shang-Chi and Jungle Cruise will be available to stream at no additional cost for subscribers on November 12th. (Jungle Cruise is currently available on Premiere Access; Shang-Chi is only in theaters.)

Other of the releases expected from Disney are listed below;

Disney’s pandemic release strategy has been a mixed bag. Doing a day and date “Premiere Access” debut for Black Widow resulted in an ongoing lawsuit between Scarlett Johansson and the company. Jungle Cruise faired better, reportedly earning a third of its opening revenue from Disney Plus.

Chapek had stressed the flexibility of Shang-Chi premiering in theaters with its shorter 45-day theater exclusivity. That experiment seems to be paying off: Shang-Chi earned $90 million during Labor Day weekend.

Disney Plus Day seems to mirror a similar strategy from Netflix, which is holding a fan event on the 25th to introduce new movies, trailers, and interviews with stars.

These marketing events are an easy way to get fans to swallow a lot of ads, but they also drive eyes to services something Disney likely wants if subscriber growth slows as Chapek predicts.

Outside streaming, Disney has more theatrical releases on the way as well, including Eternals in November and West Side Story in December. You can check from the original link here.