IOS 15 suggest we could see share play soon. According to THEVERGE, iOS 15.1’s first beta suggests we could see SharePlay soon, so I guess it’s true.

SharePlay has returned in the iOS 15.1 beta, according to 9to5Mac, after Apple delayed the major iOS 15 feature to “later this fall” instead of having it launch alongside the OS upgrade as planned. 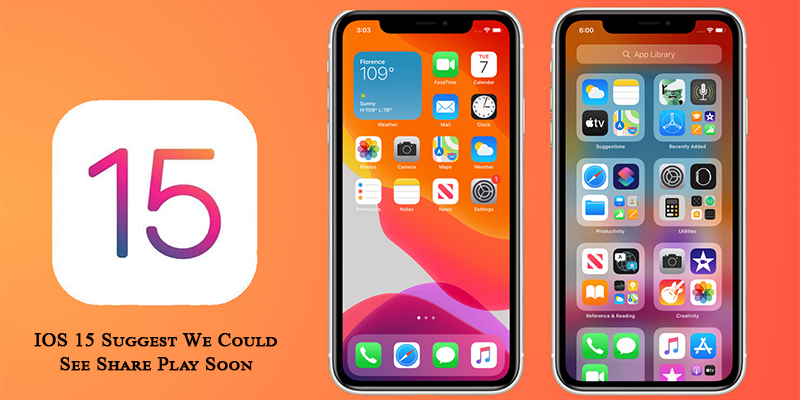 It’s not the only feature that’s hasn’t made it to release yet, but it could be a useful one during the ongoing pandemic as it lets you watch videos, screen share, or listen to music with other people over a FaceTime call.

Its existence in Tuesday’s new beta could indicate that it could be coming sooner than later, though that’s not a sure thing.

It was reported by Macrumors that the 15.1 beta also lets users add their COVID vaccine card to the Wallet app, once you’ve first added it to Health.

Similar to how Google’s version of this feature works, you’ll have to get your vaccine info from your medical provider or your state’s healthcare system before you can add it to your phone.

Apple says the feature uses the SMART Health Card format, which is currently supported by a handful of states and some major vaccination providers.

The list includes states like California, Hawaii, New York, and Louisiana, as well as pharmacy providers like CVS, Rite Aid, and Walmart, but you can click the link for the full details. As always, check with your local healthcare provider for more info.

These features showing up in the iOS 15.1 beta don’t necessarily mean they’ll be in the final iOS 15.1 release; after all, SharePlay was introduced during the iOS 15 beta, but was later removed.

However, Apple does still say that SharePlay will ship “later this fall,” and there’s only so much time left for that (plus, it would be a bit odd if it was removed from another beta). The vaccine card feature will be included in an “upcoming software update,” according to the company, so it’s possible it’s further out.

It also may be a bit before we see iOS 15.1, given that iOS 15 was just released yesterday (iOS 14.1 came about a month after iOS 14). But if this early beta is any indication, it could be bringing some nice new features with it when it does show up.

How to use SharePlay to share your screen in FaceTime

Like Zoom, FaceTime will let you share your screen with others on the call when SharePlay is made available, so you can share more than just music and videos.

Apple’s suggested use cases include planning a trip together, browsing Zillow with future roommates, showing off a video game, or helping a friend with a technical problem by walking them through which settings to change.

This feature will also work across Apple devices, which means you can share your Mac screen or your iPhone or iPad screen in a call. You can get more details by simply clicking here.