Apple has appealed the epic games ruling and has asked court to put the app store changes on hold. In the court case of epic games Vs apple, last month a federal judge declared that Apple was not a monopoly when the court’s decision was issued. One of the areas however where apple lost ground was in the type of rules it can make for its app store. 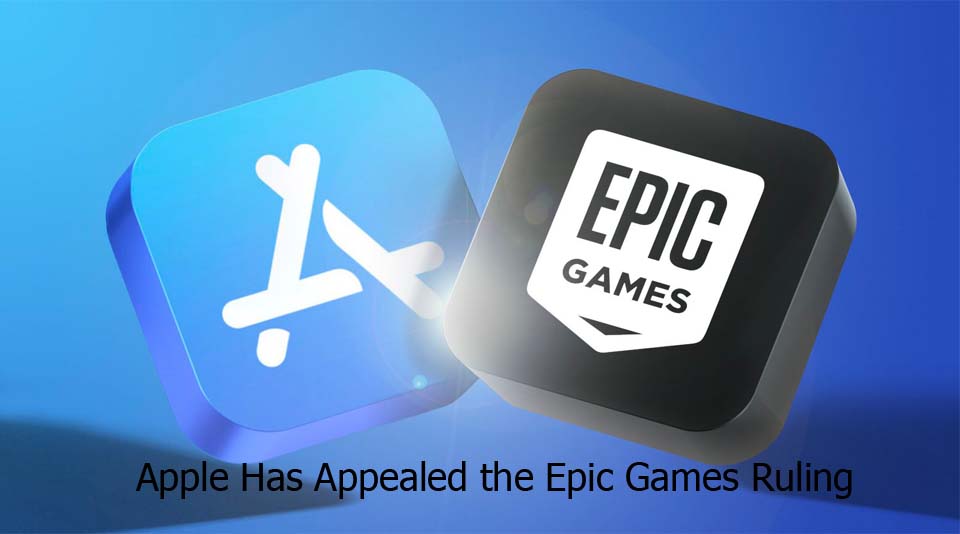 In the point where apple lost the type of rules it could make in its own app store, the judge made a decision that sided with epic games. The judge said that apple can no longer prohibit or stop developers from pointing to other forms of payment beyond Apple’s own system of payment. Apple at the moment is appealing the decision and asking for a stay in the injunction that the judge had ruled on.

The move by Apple could delay the changes the ruling could have on the apple app store until a final decision is made after the appeals case has been decided on. Apple has been ordered by the court ruling to update its apps store policies that would stop prohibiting developers from including internal links and other call-to-action buttons and commands inside their apps that would direct customers to other purchasing platforms in addition to in-app purchasing. The junction read that apple could not stop developers from establishing communications with their customers via points of contact obtained voluntarily from customers via their apps registration.

What the Ruling Means

The junction made is quite in line with other rulings and settlements apple has made both in and outside the US recently. There is also the one the company made with the Japanese regulator that changed its policy for “reader apps”. This made developers add links to their websites inside of their apps. Also, a bill was passed in South Korea that will prevent Google and apple from forcing developers in using their in-app billing systems. In a recent class action settlement with developers in the US, Apple confirmed that developers could use communication channels like emails to share pieces of information about alternative payment methods with their iOS customers.

Apple was required in the new epic games ruling to put in place the new rulings within 90 days of the court’s decision on the 10th of September, 2021.  Some persons in the market however have already made moves to capitalize on the change. One notable example is “Paddle,” a solutions provider for subscription businesses.

The company announced hastily that it would introduce a new in-app purchasing system that is aimed at iOS developers that would allow a drop-in replacement in regards to Apple’s own. But this will only take place as soon as the injunction goes into full effect.

What Could Happen If Apple Wins Appeal Case

In the event that Apple wins the case, it simply means that the deadline set in December to comply with the injunction will be discarded as the appeal case is argued in court. This also, therefore, means that there would be no changes for app store developers for many months to come. During the case, apple nearly all of the cases in its battle with epic except for the case related to its anti-steering rules. But due to the Epics appeal, apple was, however, returning to court anyways.

Although epic won the case in the sense that developers could add links to alternative payment methods, the games development company is still unsatisfied with the ruling which declared Apple’s success not to be illegal. The company has filed an appeal of its own back in mid-September with the hope of convincing the appeals court that the apple company was still acting as a monopolist.

Epic Vs Apple outside the Courtroom

The battle between the tech giants however has continued outside the courtroom as epic games CEO, Tim Sweeney pointed out in a tweet last week that Apple was using its platform to help market its own apps to customers within the iPhones settings screen. He pointed that this is an ad slot third-party competitors didn’t have access to. The company also denied that it would bring up the point in a later trial in court.