Anthony Joshua Trained with Floyd Mayweather Watching. The former pound-for-pound great, Floyd Mayweather, who went 50-0 in his professional career before hanging up the gloves in 2017, said he wanted to teach Joshua some “pointers”, particularly related to his defensive skills. 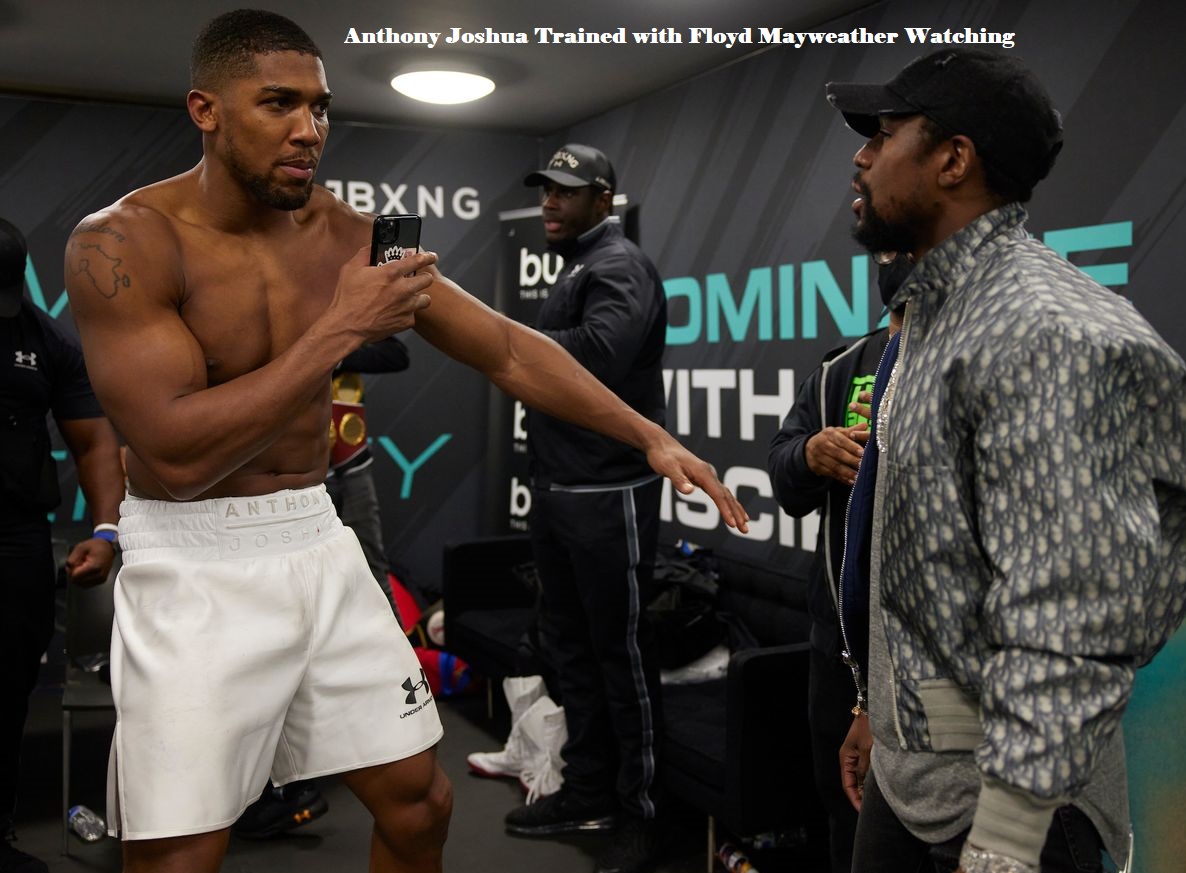 Mayweather was recorded as being famously one of the sport’s all-time great defensive fighters and was never dropped in his 50 professional fights.

“A lot of the time, this is just my take, the same coach you had as an amateur doesn’t always make you a great professional.

“At the amateurs, he was teaching me like a professional, so I’m going to always speak real whether people like it or not.

“I feel like Anthony Joshua, they’re going to different coaches and saying ‘this coach is going to work with him.

“But I told him at the beginning when he was undefeated ‘you’ve got some things you need to tweak because if you don’t then you may come up short’.”

Joshua will need a much-improved performance when he does step back into the ring with the Ukrainian Oleksadr Usyk next year.

No date has been fixed yet for the rematch, but it is expected to take place in the United Kingdom around the end of April.

He has been testing out the waters with different new coaches but has yet to officially confirm if he will be leaving his Sheffield base, where he works with McCracken.

The Brit met with a number of top trainers during his recent trip to America and has been working with Anthony Wilson while in the Middle East.

Joining him at the gym in Dubai were Chris Eubank Jr, who fights Liam Williams in Cardiff next month, and cruiserweight world champion Lawrence Okolie.