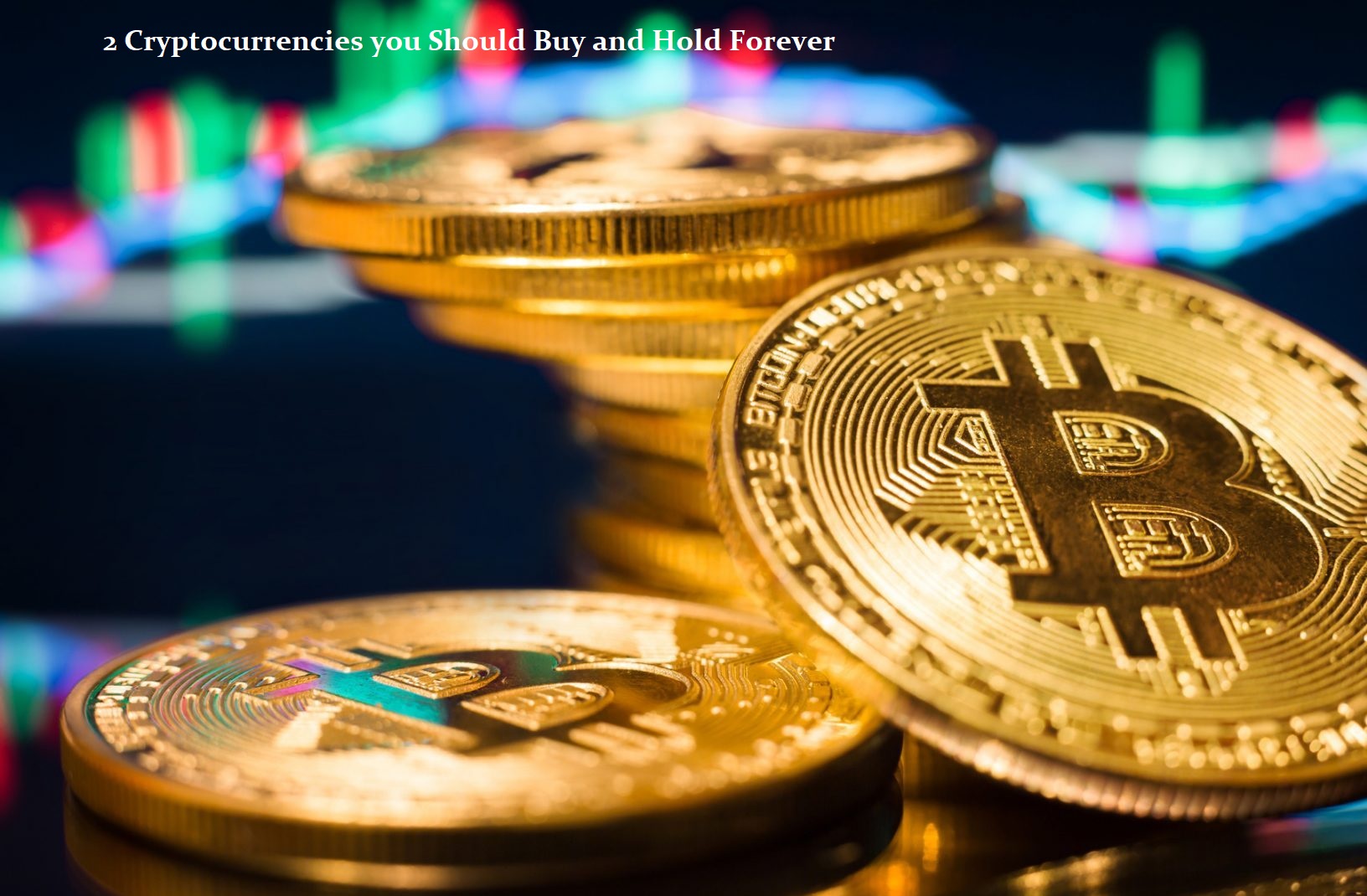 2 Cryptocurrencies you should Buy and Hold Forever

There are now believed to be at least 8,000 cryptocurrencies in existence since digital assets that trade on the distributed ledger blockchain technology have gained traction in recent years. With so many cryptocurrencies out there, it can be difficult to know which ones are legitimate.

Bitcoin is here to stay — for real

Bram Berkowitz: Hearing that Bitcoin is here to stay is not new for those in the crypto world, but I’m not saying this for the reasons you might think. Yes, Bitcoin has the largest market cap by far of any cryptocurrency. Yes, Bitcoin was the pioneer of blockchain and cryptocurrency, and yes, it has made a lot of investors very wealthy.

The real reason I think Bitcoin is here to say is its impact internationally. Not only do an estimated 1.7 billion people in the world not have a bank account, but there are also lots of countries with extremely volatile currencies, where citizens don’t really trust their governments due to corruption and instability of their economy.

It’s a gleaner of hope to have access to something like Bitcoin that can be accessed without a bank account and through the internet, and the fact that is linked to the U.S. dollar, the world’s reserve currency.

A few months ago, El Salvador became the very first country to adopt Bitcoin as legal tender, which means the digital currency can be used for any kind of payment of goods or services and for things like paying taxes in the country.

Although, it’s unclear how this experiment will work out, as El Salvador is not exactly the most stable of countries in the world, the stated goal of President Nayib Bukele is to help the roughly 70% of people in the country that don’t have bank accounts get access to the financial system.

In the U.S., there are other reasons why the world’s most popular cryptocurrency is here to stay. For one, investors are beginning to see it as digital gold that can hedge inflation because there is a finite amount of only 21 million tokens that can be mined. It is becoming more ingrained in our financial system every single day.

Custodians are now willing to hold and transfer the cryptocurrency, wealth managers are offering their clients exposure to Bitcoin through formal investing, and even a few banks are collateralizing loans with Bitcoin. If you couldn’t tell before now, Bitcoin already has a big role in our society.

Ethereum is out of this world

Rick Munarriz: Ethereum has increased the blockchain functionality beyond its original role as a decentralized ledger to track Bitcoin financial transactions. Ethereum cryptocurrency made smart contracts possible, and now they are at the heart of most of the leading decentralized apps (dApps). From NFTs to digital marketplaces to in-game virtual currency, Ethereum’s platform is increasing the bar as the smart contracts solution of choice for roughly 3,000 dApps.

Ethereum has a highly promising future in disrupting real-world platforms covering everything from healthcare to ID management. Your bearish friend, the one that is brutally bearish on cryptocurrency, loves to say that digital currencies are only but vaporware. How will that friend feel when Ethereum fuels more of the everyday businesses?

Ethereum is a winner. For those that weathered through the rocky volatility inherent in the cryptocurrency space, Ethereum has appreciated at least sixfold over the past year. It’s even easier to see the potential for bigger gains this year.

Ethereum is in the process of making its already useful platform more and more of a game-changer. In the next few months, Ethereum will migrate from a proof-of-work model to proof-of-stake protocols. This transition will reduce concerns about the energy-draining nature of mining for proof-of-work denominations. The Ethereum 2.0 migration will also mean that the platform can take more transactions at a lower cost for its users.

There are so many great cryptocurrencies out there, but none of them can match Bitcoin and Ethereum. Bitcoin is used by people internationally to gain access to the financial system while also gaining more traction on Wall Street every day. Ethereum has made smart contracts possible and allowed people and businesses to deploy blockchain technology to make many industries better efficient. Buy and hold Bitcoin and Ethereum forever because they are here to stay.