Amazon prime to include free Deliveroo deliveries in the UK, but only on orders that are over £25. Amazon now offers a free one year of Deliveroo plus services with its prime subscription, but only in the UK. What does this mean? It is simple. 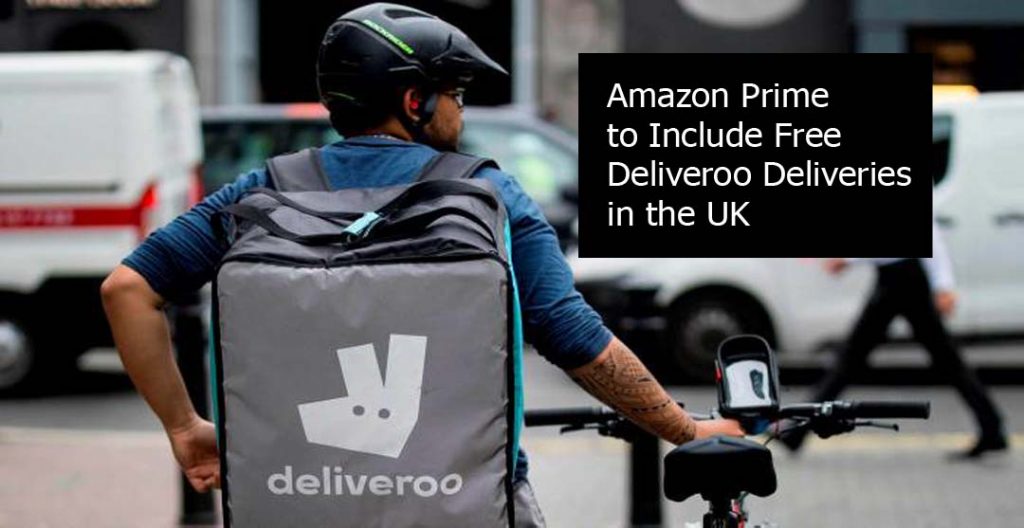 Subscribers to amazon prime will now be able to access to Deliveroo plus silver tier free of charge for deliveries on orders over £25. And in the process making customers save up to or even more than £40 per year. Normally Deliveroo charges £3.49 monthly for Deliveroo plus services.

Amazon Prime to Include Free Deliveroo Deliveries in the UK

Already the Deliveroo plus service is one that includes unlimited free deliveries of food from a couple of participating restaurants. But in order to take advantage of this service, you will need to be eating a whole lot or ordering food for two or more persons regularly.

The partnership between these two comes after two years amazon invested in the food delivery company based in the UK. Amazon, then, led a $575 million funding in the company. The company Deliveroo then used the funds in extending its delivery reach across the UK and its engineering team. At first, the UK’s competition and markets authority (CMA) had reservations about the deal, but with the pandemic getting worse last year, the deal was cleared.

Amazon Competed With Deliveroo Some Years Ago

Just before the investment in the Deliveroo Company, amazon first and briefly participated in the restaurant deliveries war in the UK. In 2015, amazon launched its restaurant delivery service in London. But the project failed to compete in the market with other services such as Deliveroo and UberEats. Two years later after the launch, amazon restaurants ended quietly.

This is not the first perk Amazon is adding to its amazon prime subscription service. The company has first added a year of Nintendo’s Switch online service. You can claim the one year of free Deliveroo plus by linking your accounts at amazon’s site here.