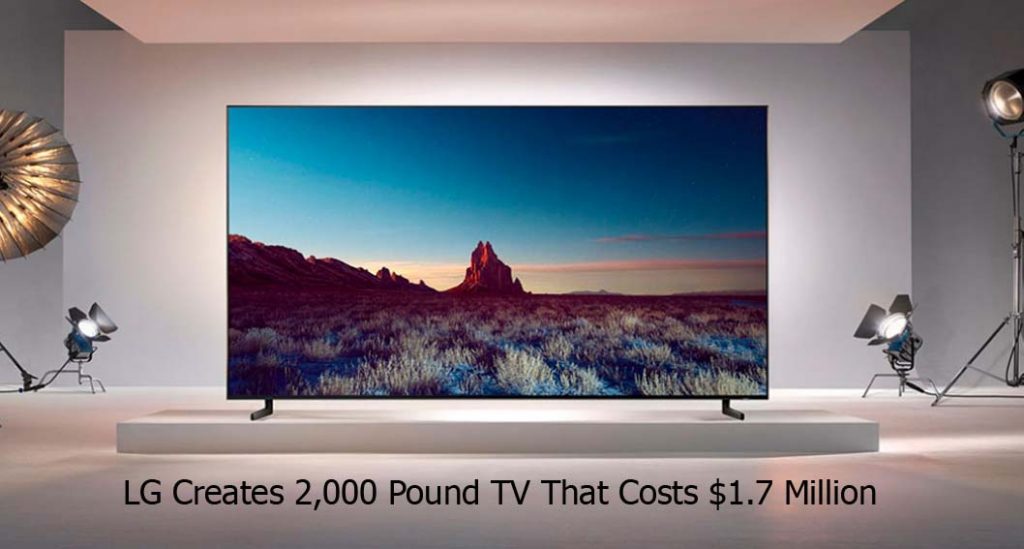 The reports also claim that these TVs or displays will cost a mouthwatering $1.7 million. Besides costing so much, these TVs will weigh over 2,000 pounds. The company previously has reserved these sets of TVs for commercial buyers only, but at the moment, they will sell to anyone who can come up with the money.

With the sizes of the screens of these TVs, it is obvious that they won’t fit in every home. And this limitation is due to the type of display technology they are using. These displays use LEDs only (some are even using MicroLEDs, according to a report on CNET), something that is similar to Samsung’s the wall and Sony’s crystal LED lineup rather than using an LCD layer in creating pixels an also lightening it with separate LEDs.

However, looking at it from a different angle, this will have the advantage of creating better contrast levels just like what you will see from an OLED display. This is so because individual pixels turn off entirely on their own to create deeper black levels without the risk of a burn-in. while it’s all good, the challenge here with this approach is making the LEDs small in order to work as individual sub-pixels. And this is why these early DVLED screens are so big.

These new DVLED displays by LG can be seen as kind of a replacement for high-end projectors that can create an image of 100-inches and even higher. With the little details shared so far, it is clear that the DVLED is more expensive. But the thing here is that you will be left with a screen not just big but gets bright enough to be used in a well-lit room. Compared to a regular high-end TV, the peak brightness output for most of these screens is 1,200 nits.

Most screens like this are offered at a regular 16:9 aspect ratio. However, LG is selling 32:9 versions just in case you feel like watching two separate video feeds at the same time. If you are looking for assurances about the device and its price just in case you chose to buy it, just know that LG will ship it to you in a full-on flight case. When compared, the LG $100,000 rollable OLED TV looks reasonable.