Amazon Fire TV Users Now Get to Add Channel to Live Guide. Some changes have been announced by amazon for the Fire TV Live channel guide, including the ability for it to add interesting new channels from one’s favorite streaming apps. 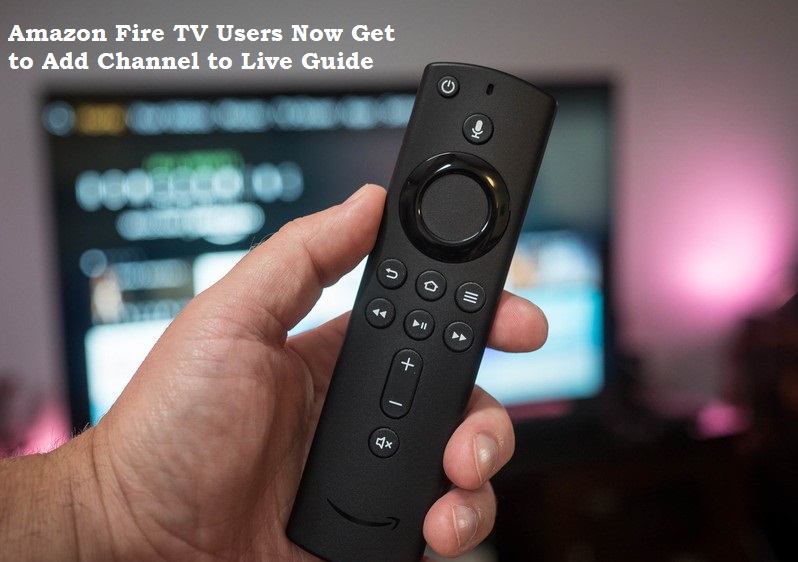 The expanded capabilities were designed to help users pull up the live guide a lot faster and find the specific channels that they are looking forward to watching, ultimately offering a sort of hybrid experience between streaming and watching Live TV.

Although the Fire TV was created among the Smart TV platforms that offer the user access to streaming apps and other entertainment-related features, the software gets to bring in live television broadcasts on different devices.

If you happen to own a smart TV that is powered by the Fire TV platform, for example, you are likely expected to access the live broadcast channels via the built-in guide, assuming that there’s an OTA antenna that is connected to the TV. Aside from that, the Fire Tv has a dedicated “Live” tab via which users can readily find channels that are offering live television content over the internet, no antenna required.

With amazon’s latest update, Amazon says that users get to add various apps to the Live TV guide. This action can be done by scrolling over to the Fire TV “Live” tab, pressing the menu button, and selecting “Add Channel” from the menu that pops up.

The “Add Channel” option is expected to offer support to both the free and subscription-based video apps, essentially slotting them right in with other live content for a more streamlined, traditional browsing experience. Just as mentioned, the update is also expected to bring in a second feature, though one that is not relevant to every owner of a Fire TV.

Assuming that you happen to own a Fire TV remote that features a dedicated guide button, by pressing on it, it would trigger the Fire TV Platform to open its channel guide directly within the Live tab. A lot of streaming apps offer support for the Fire TV “Live” Portal, including paid options like Prime video channels and free offerings just like Pluto TV and Tubi.