Speaking of “Alcohol and your health”, Knowing the effect of alcohol on your health will be very beneficial in helping you know how much alcohol to consume or to know when to stop consuming. 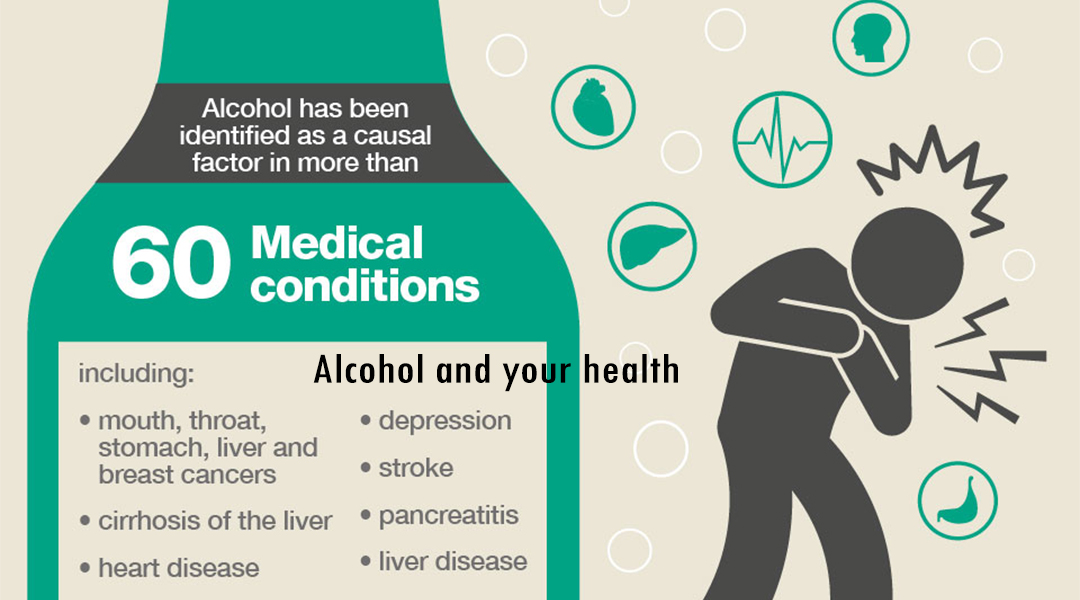 Drinking too much can be harmful to your health. From 2011 – 2015 excessive alcohol use led to approximately 95,000 deaths and 2.8 million years of potential life lost (YPLL) each year in the United States, shortening the lives of those who died by an average of 29 years.

Furthermore, excessive drinking of alcohol was responsible for 1 in 10 deaths among working-age adults aged 20-64 years. The economic costs of excessive alcohol consumption in 2010 were estimated to be at $249 billion, or $2.05 a drink.

Alcohol and your health – What is a standard drink?

According to the standards of United States, a standard drink should contain 0.6 ounces (14.0 grams or 1.2 tablespoons) of pure alcohol. This amount of pure alcohol is found in;

Excessive drinking is the act of taking some amounts of alcohol that is too much for your body’s consumption. This includes drinking by pregnant women, binge drinking, drinking by people younger than 21, and heavy drinking.

Binge drinking is a form of excessive drinking defined as consuming;

Heavy drinking is defined as consuming

Most people who drink excessively are not alcoholics or alcohol dependent.

The list of people below should not take any alcohol at all.

Adhering to these guidelines means that you have reduced the risk of harming yourself or others.

Below are the long-term health disorders that people can develop from taking too much alcohol.

Generally, consumption of alcohol may not be totally harmful to your body system if only it is consumed according to the guidelines given in this write up. Further research can be done on Google.