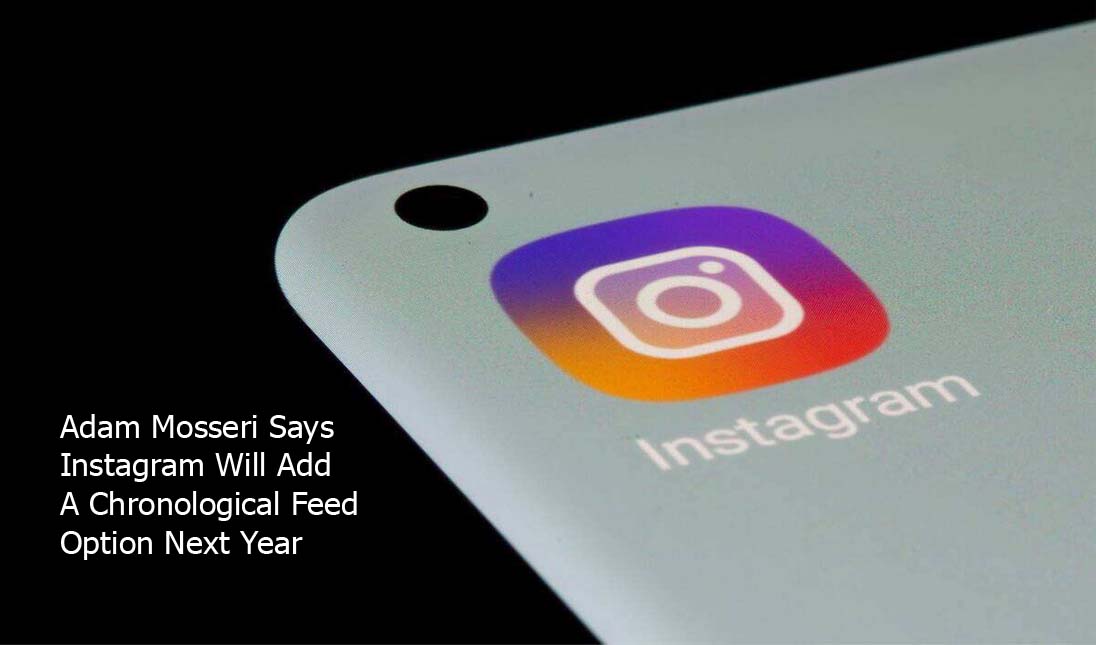 During Adam Mosseri’s testimony before a Senate panel over the harm Instagram poses to its young audience, the Instagram chief said that the platform is bringing back a chronological feed. The chief of the social media platform, owned by Meta which was formerly known as Facebook, was asked if he believed that customers should be able to use the Instagram app without the manipulation of algorithms.

He responded by saying that he would support giving people the option to have a chronological feed. He also added that the option was being developed at the moment as a matter of fact.

In his own words, Mosseri said, “we believe in more transparency and accountability and we believe in more control. That’s why we are currently working on a version of s chronological feed that we hope to launch next year.”

One idea the social media platform has tested publicly over the years was called favorites. This feature allowed users to select a subset of users who they wish to see at the tip of their feeds. Mosseri also said that another idea the company and platforms also have been working on was a chronological version of Instagram.

When Will the Chronological Feed Option Be Available?

Speaking on when the chronological version of the platform would be available, Mosseri said that, “I wish I had a specific month to tell you right now, but right now we are targeting the first quarter of next year.”

The famous social media platform back in 2016 made the switch to an algorithmic feed. The decision however has been fraught with controversy ever since. At the time, filtered feeds were the norm with major social media platforms as they increased user engagement, but many users however were not satisfied with the changes that came with it.

After the news feed launch, Instagram even agreed to add more recent posts to its algorithmic feed due to backlash from users.

Instagram has been spotted building an internal prototype of a feature called, “latest posts” in 2020. This feature would allow users to get caught up on more recent updates via a section in the app. The feature however is not a full-fledged return to a reverse-chronological feed similar to the one offered on Facebook as the newsfeed option. The feature however never went out publicly to the platform’s global user base.

Instagram chief, Mosseri, now under oath is now saying that users may actually get a chronological feed option in the nearest future. It is however unlikely if the platform would make the feature a default setting or even an obvious one giving the many benefits an algorithmic feed brings to the platform in terms of keeping users engaged on the platform.