Activision Blizzard has been Sued for Labor Violations. In an article by THEVERGE, first reported by Protocol, there is a new suit, filed with the National Labor Relations Board. 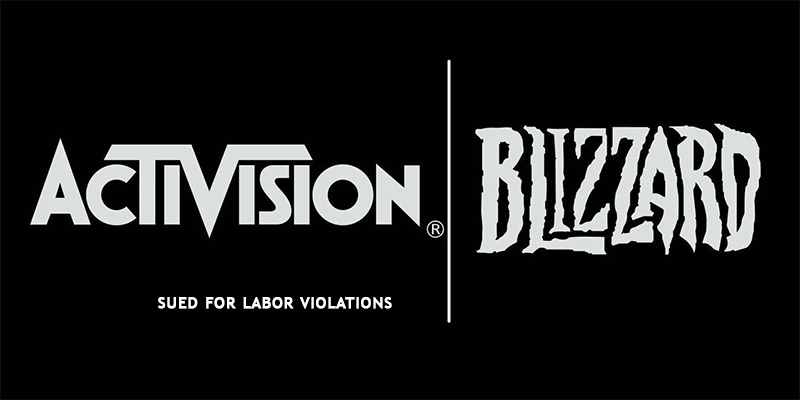 It alleges Activision Blizzard engaged in intimidation and coercive tactics as employees fought to openly discuss pay discrepancy and their desire to end forced arbitration.

CODE-CWA, a digital workers rights, and labor organizer filed the suit on behalf of A Better ABK a group of Activision Blizzard employees working toward improving working conditions at what is one of the largest video game publishers in the US.

Still on the Activision Blizzard sued for labor violations, in July, the state of California sued Activision Blizzard for enabling a culture of “constant sexual harassment.” Shortly after news of the suit broke, Blizzard employees staged a walkout that drew national attention.

A Better ABK was created around the time of the walkout but reflects the long-term and ongoing struggles of employees at the publisher.

A Better ABK released a list of demands that ask for, among other things, “an end to mandatory arbitration clauses in all employee contracts, current, and future.”

“If the NLRB rules in our favor, the ruling will be retroactive and we will set a precedent that no worker in the US can be intimidated out of talking about forced arbitration,” a Better ABK spokesperson writes on Twitter.

Activision Blizzard did not respond to a request for comment. CODE-CWA did not respond in time for publication.  You can get more information about this article by clicking on this link.