Can it be possible for everyone to be able to clone their voice in the future? Well, the fact is that, as voice cloning technology is becoming more effective and attracting the interest of actors, so it also attracts cybercrimes.

According to THEVERGE, cloning your voice using artificial intelligence is simultaneously tedious and simple: hallmarks of a technology that’s just about mature and ready to go public. All you need to do is talk into a microphone for 30 minutes or so, reading a script as carefully as you can. 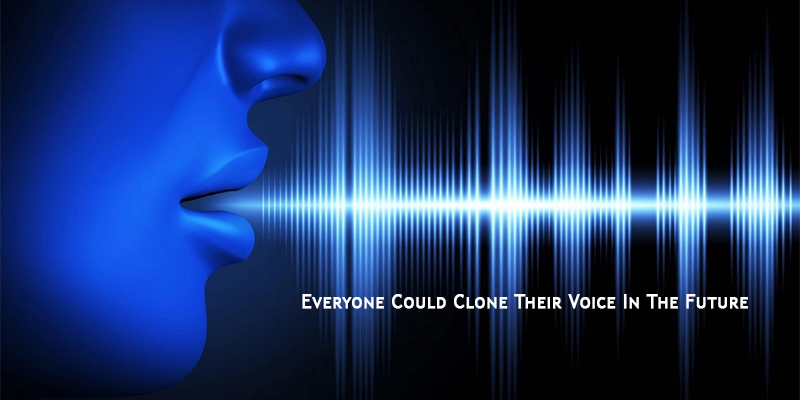 After starting and stopping dozens of times to re-record your flubs and mumbles, you can send off the resulting audio files to be processed and, in a few hours’ time, be told that a copy of your voice is ready and waiting.

Then, you can type anything you want into a chatbox, and your AI clone will say it back to you, with the resulting audio realistic to fool even friends and family at least for a few moments.

The fact that such a service even exists may be news to many, and I don’t think we’ve begun to fully ponder the impact easy access to this technology will have.

Everyone Could Clone Their Voice In The Future

It will really be great if everyone could clone their voice in the future. The work of speech synthesis has upgraded massively in recent years, thanks to advances in machine learning.

Formerly, the most realistic synthetic voices were created by recording audio of a human voice actor, cutting up their speech into component sounds, and splicing these back together like letters in a ransom note to form new words.

Now, neural networks can be trained on unsorted data of their target voice to generate raw audio of someone speaking from scratch. The end results are faster, easier, and more realistic to boot.

The quality is definitely not perfect when rolling straight out the machine (though manual tweaking can improve this), but they’re only going to get better in the near future.

The Ease of Voice Rentals

Imagine how beautiful it would be if Influencers, actors, and celebrities could rent out their voices with minimal effort. Such applications are not yet widespread (or if they are, they’re not widely talked about), but it seems like an obvious way for celebrities to make money.

Bruce Willis, for example, has already licensed his image to be used as a visual deepfake in mobile phone ads in Russia. The deal allows him to make money without ever leaving the house, while the advertising company gets an infinitely malleable actor (and, notably, a much younger version of Willis, straight out of his Die Hard days).

These sorts of visual and audio clones could accelerate the scales of the economy for celebrity work, allowing them to capitalize on their fame as long as they’re happy renting out a simulacrum of themselves.  You can get more details on voice cloning from this link.