A second foldable device by Google reportedly in the works – according to a report by 9to5Googles sources, Google is internally testing a second foldable pixel smartphone. The device is currently under development with the codename “jumbojack.” The device is referenced in a future version of android 12 identified as android 12.1. This is the latest foldable codename about Google that we have heard. And this is following reports of another device called “passport”. 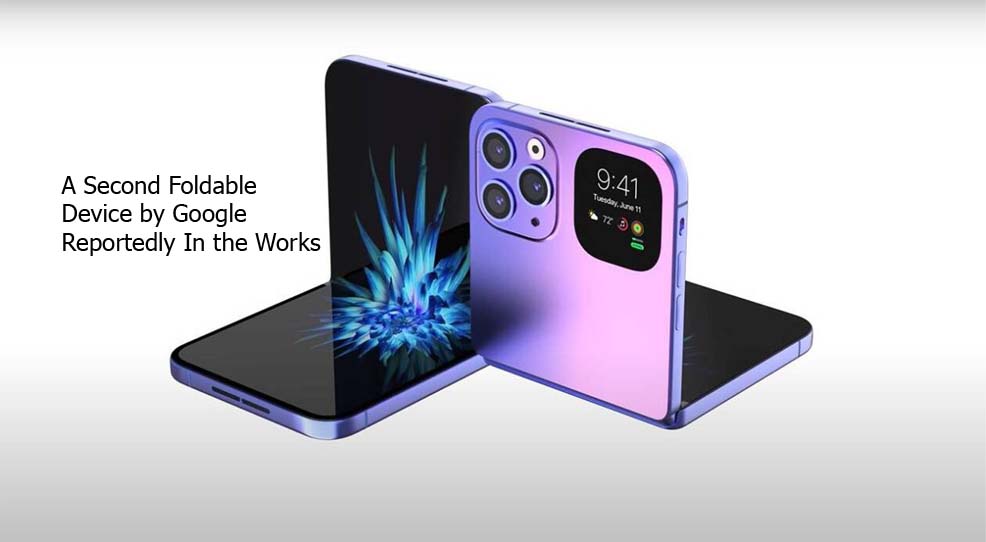 A Second Foldable Device by Google Reportedly In the Works

As of now, not much is really known about the form in which the jumbojack would take, but reports from 9to5Google have details of the form the device could take. And it seems that it has two screens. One of the screens deactivates when folded. And with this report, spots a similar design to Samsung’s foldable that combines a small external screen with a larger internal folding display. But however, there are now words on the screen sizes or the internal specs.

There’s a speculation that the jumbojack codename interestingly could be a reference to jack in the Box’s jumbo jack cheeseburger. And this is an implication that the phone will fold “hamburger style” just like a Z flip like the opposite to the “hot-dog style” like the Z fold.

There is no indication that the jumbojack will see a commercial release this year, unlike the passport leaker Evan Blass reported this morning is scheduled to launch later this year. Indications show that it may just be a prototype that is designed to help build foldable functionality and multitasking in androids.

However, the existence of this device shows that Google is serious about its foldable that it even appears as the company sets itself to produce its first true flagship competitor with the pixel 6.