Surface Pro 8 Leaks With 120Hz Display and Thunderbolt Support – Microsoft reportedly will be holding a Surface hardware event on Wednesday and a new surface pro 8 models will be unveiled. The company is already planning to launch a new surface pro 8 model next week. And with leaks already available on the internet, we already know what to expect. 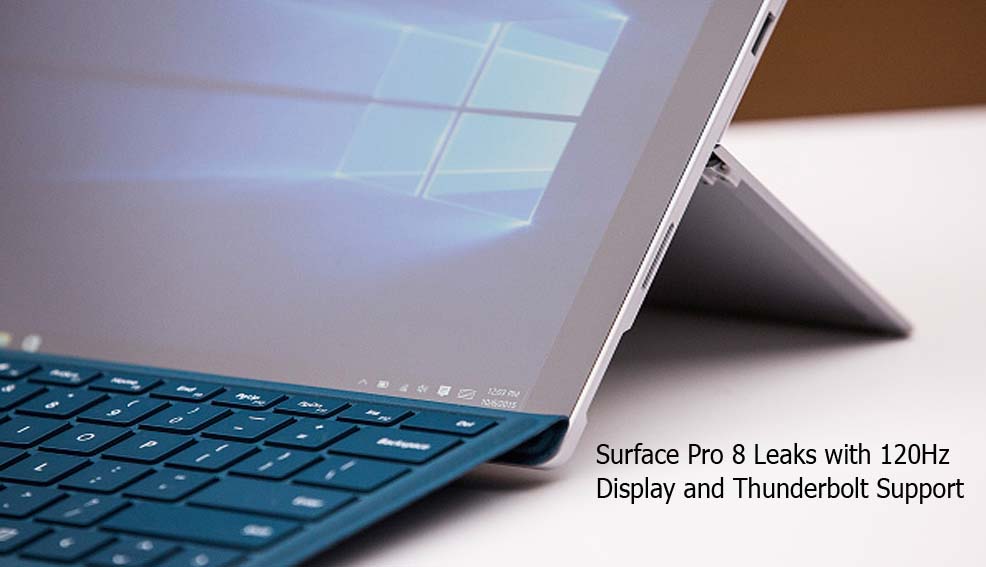 Just last week, the Verge reported that the surface pro 8 will be shipped without USB-A ports in favor of the USB-C ports and thunderbolt. It is also reported by the verge that Microsoft has been testing 120Hz displays for the surface pro lineup. And with the leaked images of the device and its specs, it is in accordance with what has been heard so far from sources familiar with Microsoft plans.

Also revealed from the leaks, Microsoft is making a move to removable SSDs on the surface pro 8. And with this move, directly matches the surface laptop 4, surface pro X, and the business-only surface pro 7 plus making it easier for businesses to swap drives.

When Will This Event Hold?

Microsoft’s Surface hardware will be held on Wednesday, September 22nd. In this event it is expected that Microsoft will announce the surface pro 8, a surface Go 3, a newly designed surface book 4, an updated surface pro X, and the successor to the android-powered surface duo.