A New Mobile App to Help Users Manage Their Blood Pressure Has Been Released. A new smartphone app and a connected monitor were able to help them significantly lower their blood pressure, reveal a study involving nearly 28,000 adults. 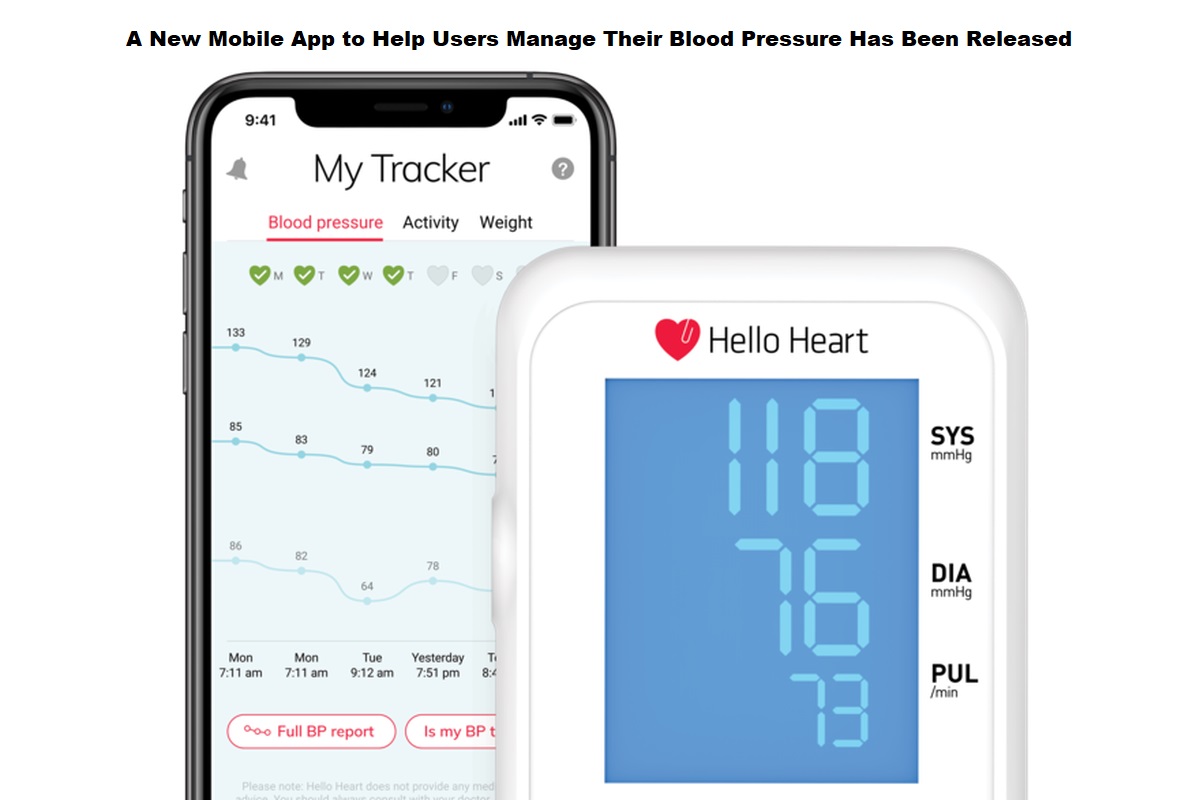 According to Medindia, the program, called Hello Heart, let people track their blood pressure, weight, and physical activity and offered tips on how to manage blood pressure.

Around half of adults in the United States have high blood pressure, but only around a quarter of those people have the condition under control.

It can be a tricky condition to manage, particularly if people are only getting measurements taken in the doctor’s office where it can be higher (from the stress of a doctor’s visit) or lower (through a condition called masked hypertension) than it is at home. But it can be dangerous and puts people at risk for heart disease and stroke.

According to the verge, digital health approaches to managing blood pressure, which give people resources to track the condition at home, are appealing to doctors and researchers because they could be widely distributed.

After one year of using the program, over 85 percent of people with stage two hypertension, a condition that puts people at risk for heart disease, had reductions in their systolic pressure — which measures the amount of force blood puts on artery walls while the heart is squeezing.

They stayed at lower levels over the course of three years, according to the study, which was published in the journal JAMA Network Open.

Is the App Effective

The app was also effective for people with less serious conditions: around half of the people with elevated blood pressure had reductions after a year, as did around 70 percent of people with stage one hypertension.

People who signed into the app more frequently saw greater impacts and tended to have lower blood pressure.

Analysis of the Hello Heart Program

This analysis of the Hello Heart program included over 28,000 participants. People who had certain employer-based health insurance plans and a diagnosis for high blood pressure were asked if they wanted to participate. They ranged in age from 43 to 58, and most lived in areas with higher socioeconomic status.

Most notably, the study tracked participants for up to three years — the authors said they believe it’s the first long-term study of a digital blood pressure management program.

Following participants over an extended period of time helps researchers check that the impact of a program like this isn’t just short-lived and can help people manage their blood pressure in the long term.

Hello, Heart is currently only available through employer wellness programs — it’s offered by some companies as part of their health benefits. People who don’t work for a company offering Hello Heart aren’t able to use it, but it’s still possible to monitor blood pressure at home without an app.

Despite the promising results, the authors note that the people who used the program were middle-aged and that the vast majority weren’t low-income.

It’s hard to say if the app would work as well in groups of people more likely to have serious complications with blood pressure, like older people or people who didn’t have health insurance, they wrote in the study.