What You Need to Know About the New Trailer for the Batman 2022 Movie. What we’ve all been waiting for, the trailer for the batman 2022 movie is finally here. The movie features Robert Pattison as Bruce Wayne, Zoe Kravitz as Selina Kyle, and many others with Matt Reeves being the director. 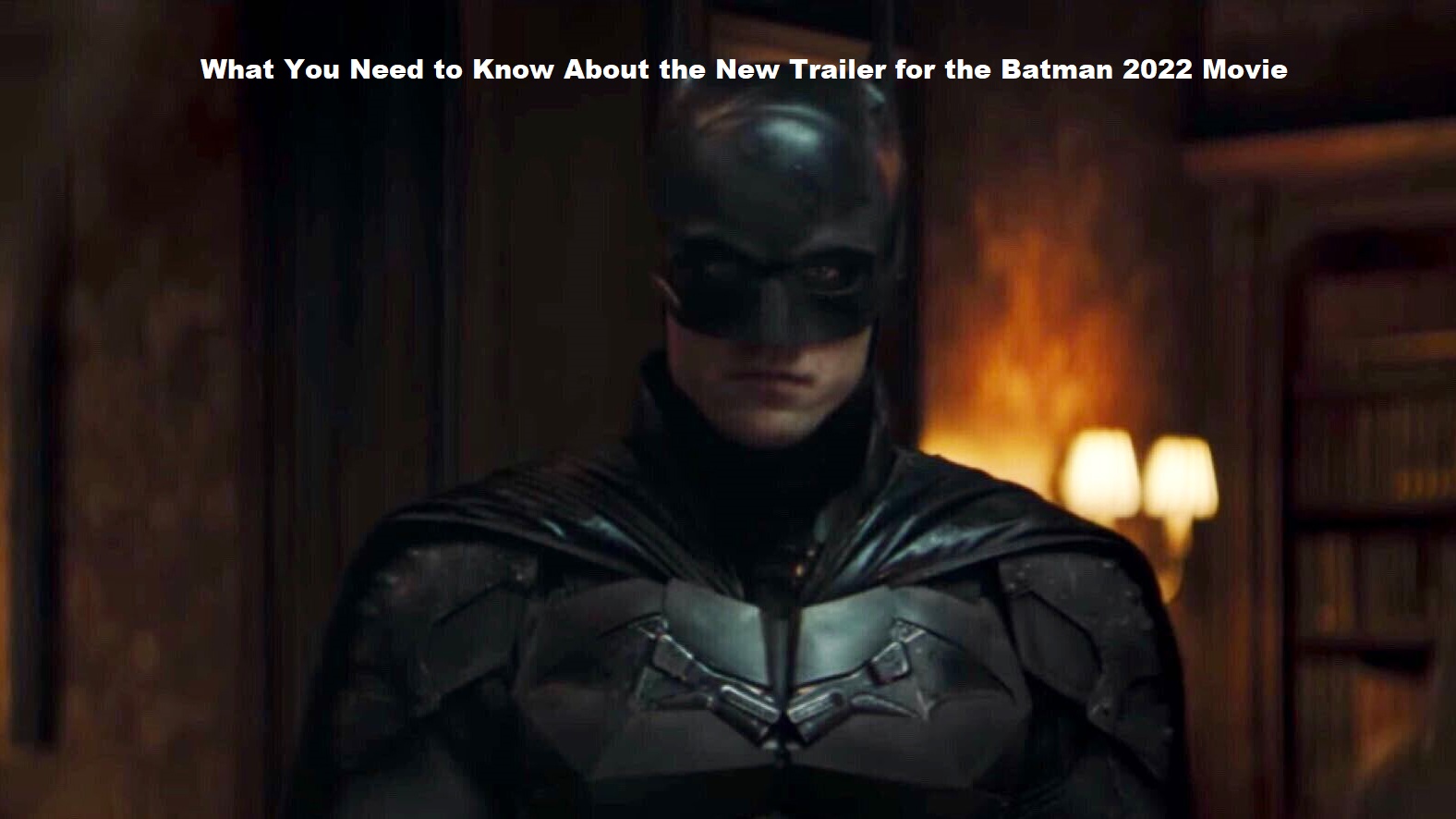 There are so many things that you need to know about the new trailer for the batman 2022 movie. In the trailer we see a lot of things happening like the fight scene (batman and a group of people), Riddler’s arrest, penguin’s chase, and all that.

As a matter of fact, it seems we would be getting a lot more questions than answers until March 4, 2022. Although, we would have gotten an earlier release date if not for the pandemic. Nevertheless, the long wait has almost ended – just a few months away. One of the things that floored me in that new trailer was the batman suit was the slick in the suit, so refined. We got to see a lot of new things such as the new villains, new casts, and all that.

If you haven’t watched the trailer, then you should. You can just take a stop at the YouTube app on your device and search for ‘THE BATMAN– Main Trailer’ uploaded by Warner Bros. Pictures. After watching the trailer, questions like ‘what does the batman trailer letting us know of?’, ‘why the arrest of the riddler?’, ‘why the hot pursuit of the Penguin?’. So many questions hitting the head, that’s why we are here to state a few things you need to know about the trailer.

In every batman or hero movie, there has to be a villain. No who do you think is the villain right there in that trailer? Well, it’s no other than Edward Nashton aka The Riddler acted by Paul Dano. The trailer shows how obsessed he is in reaching out to batman by all means leaving a trace for batman at the location of his crime.

With the newly customized batman suit being not vulnerable to gunshot looks great on the trailer. Besides, we could see batman chasing the Penguin furiously even bursting out of an explosion with his vehicle. It seems to be Penguin knows something and Batman is about to make him spill them out. Well, it’s so obvious that we would be seeing a lot of widespread fighting, violation, and destruction going down in the movie.

Actually, this was not the first teaser trailer; one was released on August 22, 2020, at DC FanDome 2020 but does not have cut and dried answers. It was indistinct and gloomy. After its release, we were welcomed by lots of lockdowns and unpleasant news everywhere. The thought of the batman movie was gone but with the pandemic finally ending, hopefully, we eagerly wait for the movie to showcase itself in due time.

Due to the sudden outbreak of coronavirus – a pandemic that shook the world, a lot of events were shut down, delayed, or postponed. The batman movie which was to be released as of October 1, 2021, which would have to be this year was postponed for another release date being on March 4, 2022. I believe this is the final one, besides, the filming had come to an end since March 13th. Although, the U.K. hasn’t said anything about their release date but hopefully, it won’t be far from that of the U.S.