A murder-free real-life squid game happening in Abu Dhabi. But you don’t have to worry as, unlike the original squid game movie, this version will be murder-free. 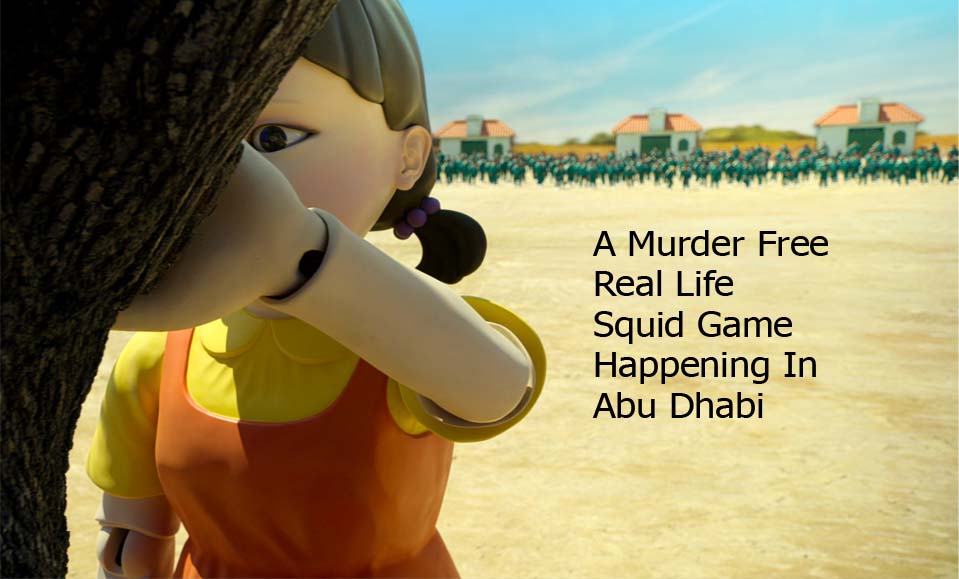 After the Netflix show became a global hit, it was only a matter of time that a real-life event of the sort was organized. And to make it more interesting and enticing to the eyes of the public, there will be no murder or bloodshed in this one.

The series squid game came out of nowhere really. The movie is all about a surviving drama that involves children’s game where contestants are to fight for a price and also their lives. Since its release it has become one of Netflix’s most watch shows ever, breaking numerous records on the way. However, the show has now been reimagined for an event at the Korean cultural center in the United Arab Emirates.

This is not the first time the squid game has been played in real life and some persons however are not surprised by this. The game is a very popular one and has found its way to a Belgium school. Kids who watched the show played the red light green light stop-start game and then beat up those who lost.

When and Where Will the Event Take Place

The real-life squid game will take place at the Korean cultural center on Tuesday in its Abu Dhabi office. The event will involve actual games that are played in the hit squid games show but without the bloodshed and murder of course. The event or game rather will comprise of two teams of 15.

The teams will also be wearing t-shirts that feature the hit show’s logo and will also play red light green light, the Dalgona candy challenge, and paper flopping games of Marbles and Ddakji. The staff of the event on the other hand will be wearing pink circles, triangles, and square uniforms that will make them look just like the guards in the squid game show.

Will There be a Price for Winning Games in The Event

Just as the real series, enthusiasts, and fans are quite curious as to whether there would be actual price money for winning games in the event. The event registration page however shows that there will be some prices but it didn’t make mention of the same grand price of 45.6 billion prizes the 456 contestants competed for in the show.

Who Is Eligible For the Event

While the prospect of participating in a real-life show like this is both enticing and attractive, only residents of the United Arab Emirates will be eligible to play the game during the event. And to participate in the event users will however need to register.

To participate in this game, excited users that are willing to take part in the game will first have to visit the events registration page of the show and from there they will sign up. Applicants will however need to provide answers to questions that are based on their basic and actual knowledge of Netflix’s squid game. Registration for this game show event is now closed, unfortunately.