As seen from an article on The Verge, Google’s YouTube Music Wear Operating System App has Finally Released on Samsung’s New Watches. This could seem like a piece of welcome news for people who have been waiting for a way to play music off Google’s streaming service after the company shut down Google Play Music on Wear OS. 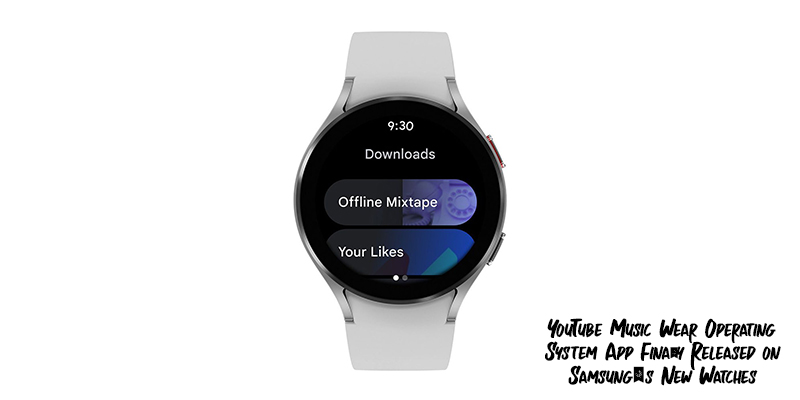 Google’s Play Music was generally shut down in August 2020 and since then, playing music has been somewhat a challenge. With this new operating system released on Samsung’s watches, users should now be able to play music easily.

Before you get all excited about this new development, take note that there is a catch. The catch is that the new app is going to work on only one of Samsung’s two new watches. These two new watches are both powered by Wear OS 3.

If by luck you were able to get your hands on one of these new watches, the YouTube music Wear OS will allow you (if you are a YouTube Premium subscriber) to download music directly to your watch.

What Does this New Update mean to Users?

Apparently, if you have one of Samsung’s new watches, you could literally listen to music with just your watch and a pair of Bluetooth headphones. You do not need an internet connection to listen to music. What a big changer right? How cool is that?

While you are excited about that, take note that you currently (August 26, 2021) cannot stream music directly from the app. Clearly, you would have to download songs on the watch before you can listen to them, and annoyingly, you can only download songs while the device is connected to a power source.