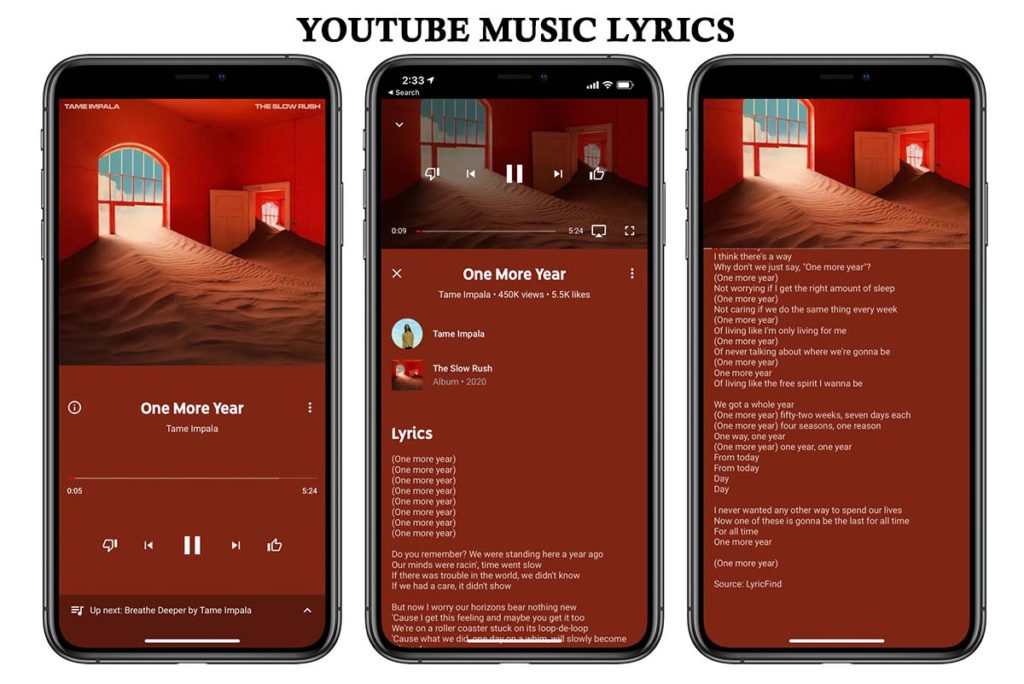 The YouTube Music App was released in March 2020, which includes lyrics along with the streamed song. This feature was a big effect on minimizing the space with other music streaming apps that have this feature already.

There might be some users who would love to stream a song as well as lyrics to learn it. Having a lyric streamed along the playing song is the best way to learn a song.

It is not difficult to play along with lyrics while streaming a song on the YouTube Music App. So read more on this YouTube Music Lyrics article to learn about it.

And that’s all required of you. By this time, you must be listening to the song along with the lyrics following on the screen.

Unfortunately, even if the YouTube Music app has officially rolled out the feature of enabling song lyrics, there are some songs without lyrics.

According to YouTube, they are working in the process of acquiring lyrics for all songs on its platform. Though there is no given time yet on how long it will take to bring those lyrics.

If a lyric to a song is not available, there are other apps that you can use to get the lyrics. They include:

This is one of the popular music applications based on its quick response time and accuracy. Musixmatch operates with most other music streaming apps like Spotify, Play Music, as well as YouTube Music Apps.

How To Use Musixmatch To Get Lyrics

Here is how to get lyric on YouTube Music App using the musixmatch:

If the bubble doesn’t come up, you can tap n the orange floating button displayed on the side of the screen.

And many other alternatives.