Xiaomi Redmi Note 11 Revealed With 108MP Camera. Smartphone design trends are something that comes and go, but at the moment, it seems to have staying power. The curved edge displays, for example, are now considered the now and large camera bumps are no longer a novelty, though they still look a little bit ridiculous. 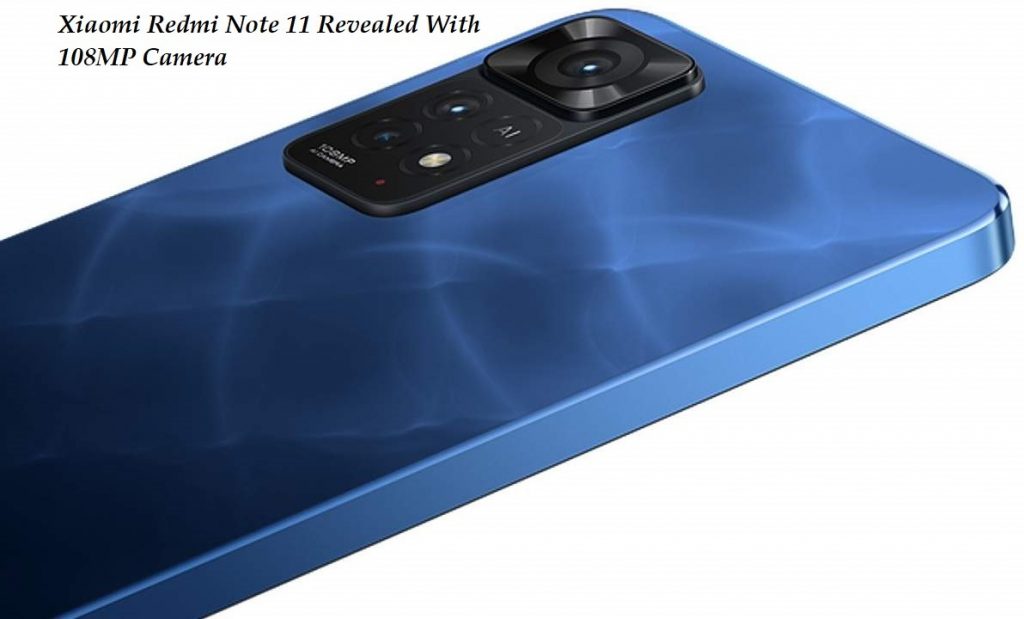 Sometimes, however, the pendulum would start swinging in a different direction as stated by the iPhone 13 lineup. Xiaomi has since embraced the return of a much flatter edge with its latest Redmi flagship smartphone series.

The mid-range brand of Xiaomi has always been Redmi, and the new Redmi Note 11 series is not different. Although the line between smartphone tiers has always been blurred, there are several ways that you get to tell if a smartphone is a mid-range handset from its high-end peers. For example, the processor, while the line’s non-5G version makes do with a MediaTek Helio G96. Both options are expected to be enough for most day-to-day use but do not expect them to offer super-fast speeds, especially when it comes to games.

Xiaomi placed its focus on the Redmi Note 11’s cameras, although they are essentially the same as the ones that they used for the Redmi Note 10 Series in 2021. The hardware happens to include the main 108MP Samsung ISOCELL HM2 camera and an 8MP ultra-wide camera. Of note, the 2022 Redmi Note series downgrades the macro shooter from the 5MP to 2MP for reasons yet to be known. Even more curious is the Redmi Note 11 Pro 5G, which is the only model in the series lacking a 2MP depth sensor.

Flat is in Again

After years of promoting curved edges as something more ergonomic and easier on the palms, some of the manufacturers are back and are flattening out the edges of the phones. Apple went back to its previous flat edge design with the iPhone 13 and has also done that for its iPads. Redmi calls its own version a “trendy flat-edge body design,” but comparing it with iPhone cannot be overlooked.