Xiaomi smartphones have been some of the top trending phones in the market recently. And now they are about to introduce a new device which happens to be their first foldable smartphone. Everything you need on the Xiaomi Mi Mix Fold would be given below in this review. This smartphone is on its way to wow you with how great its specs, camera, and features are. 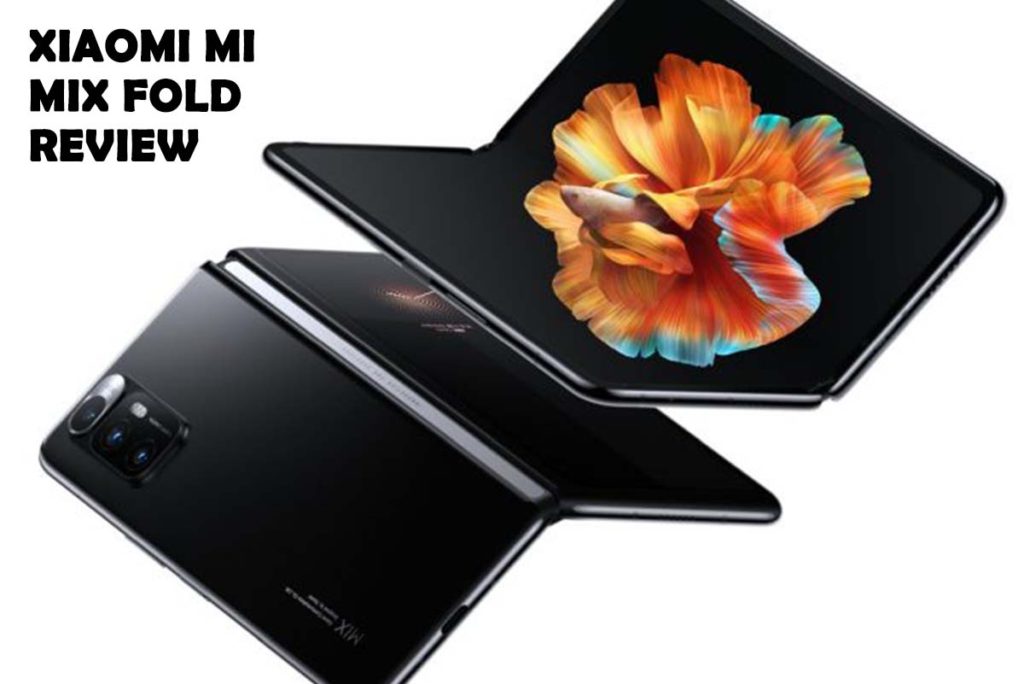 The Xiaomi Mi Mix Series has just been brought back to life with the Mix Fold, the first foldable phone produced by the company. Unlike the Outlandish Mix devices of the past, the Mi Mix is a great conventional folding smartphone that is accommodated with a bigger screen on the inside, and a small screen on the outside, carrying similar features to that of the Samsung’s Galaxy Z Fold Series and Huawei’s new Mate X2.

The smartphone’s inner screen has an 8.01-inch 4:3 OLED panel and has a resolution of 2480 x 1860, comes with a standard display brightness of 600 nits (900 peaks), and possesses support for Dolby Vision HDR. According to Xiaomi, the smartphone can withstand being folded 200,000 times. The Screen on the outer part of the phone has a 6.52-inches along with a 90Hz refresh rate. Xiaomi is now making big claims about the Mix Fold’s audio capabilities, having about four Harman Kardon-tuned speakers and what is described by the company as a 3D panoramic sound.

The phone has a Qualcomm Snapdragon 888 paired with 12GB or 16Gb of RAM and 256GB or 512GB of storage. The smartphone is accommodated with a battery capacity of 5,020mAh, and according to Xiaomi, it has a 67W fast-charging system. this should get your phone full with 37 minutes.

Just as teased recently, the new Mix also happens to be the first smartphone to make use of liquid lens technology in its camera. As stated by Xiaomi, this allows for a telephoto lens with a close focusing distance of 3cm and an optical zoom of 3x, or 30x hybrid zoom. The remaining part of the camera system comprises of a Samsung HMX 108-megapixel main sensor and a 13-megapixel ultrawide.

Xiaomi first Folding prototype was display about two years ago before Samsung officially shipped their first Galaxy Fold. The Device comes with a double-folding design with a tablet-sized screen being able the be bent back on the left and right edges for a phone-like kind of experience.

People that are in China are now able to pre-order the smartphone currently, and it would be shipped on April 16th. The price for the smartphone begins at 9,999 yuan ($1,521) for 12GB of RAM and 256GB of storage, going all the way to 12,999 yuan ($1,978) for a 16GB/512GB ceramic Special edition. No speculation concerning release outside China has been stated yet.