As news would have it today (August 24, 2021) the World Championship for League of Legends has Moved to Europe. This move happened just a few weeks before the event is set to begin. Currently, this end-of-year tournament is arguably one of the biggest esports in the world. 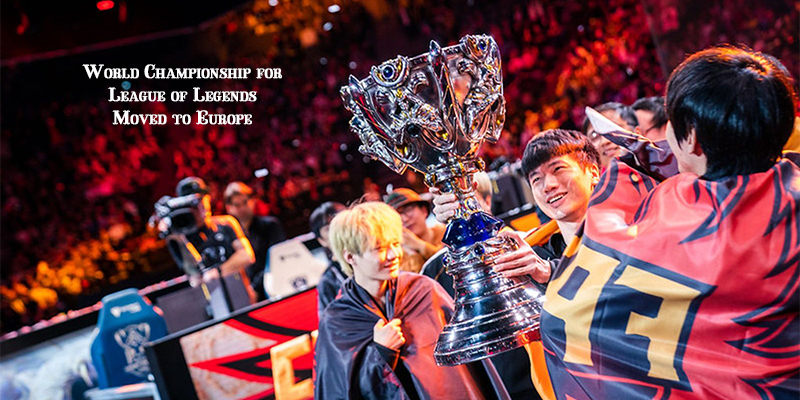 The League of Legends world championship tournament was officially moved from China to a new undisclosed location in Europe. This announcement was made by the developers of the game (Riot Games).

According to The Verge, in a video, John Needham (the global head of esports at Riot Games) mentioned that travel restrictions and COVID-19 protocols made it a challenge to hold the event in China. Take note, all potential options were considered before the decision to move the tournament was made.

World Championship for League of Legends Moved to Europe

Originally, this championship was to be held in China. However, the location has been moved to Europe and according to Needham, they are not yet ready to announce where in Europe the tournament will be held. He however mentioned that accessibility for the highest number of teams and their best players will be the key to deciding.

From statistics, since the tournament is being held in Europe, this would be the second major League of Legends tournament to take place in Europe this year. Earlier in May, there was a mid-season invitational that was hosted in Reykjavik, Iceland.  According to an article on The Verge, Worlds is typically a big annual showcase for Riot with past events including an opening ceremony powered by holograms and a mixed reality stage.

Currently, it’s unclear if the shift in the location will impact next year’s iteration of Worlds of which is slated to take place in North America. Take note, the Leagues World championship is not the only esports event that has moved in recent months. Dota 2’s The International which is to kick off in October was first scheduled to happen in Stockholm Sweden. It was however moved to Bucharest Romania because of the restrictions on esports events.