Women aren’t the only People who can Get Pregnant. This is why

Women aren’t the only People who can Get Pregnant. This is why. The fact that diverse genders exist asides from male and female creates a possibility of other genders having the ability to carry babies. Trans, non-binary and intersex people can get pregnant too. 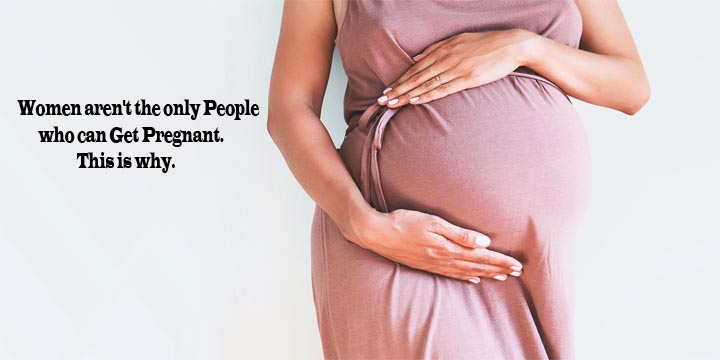 Other Genders can get Pregnant too

Pregnancy has never been solely a woman affair. People of all other genders can get pregnant too, not just women. This is because the truth about reproduction is a little more complicated than we think.

Yes, you need sperm and egg to make babies, but let’s not forget that there are at least 1.4 million transgender adults in the US alone and their bodies do not conform with the normal circumstances.

Presently, the parenting world has been targetted mainly towards Cis women (women who aren’t trans), right down to popular lingual terms like “women world” and “mommy’s brain”.

Although the majority of pregnant people are indeed Cis women, we shouldn’t totally alienate people whose biological makeup does not align with the Natural status quo.

Trans, non-binary and intersex people do have unique reproductive needs and they continuously experience a lack of awareness or resources in healthcare settings.

It is very important that we use generally inclusive words when talking about pregnancy and parenting so that everyone can be carried along.

Using words like “parents” instead of “mothers” is very advisable. Although terms like “mom” and “breastfeeding” will always have a place too let’s not assume that it applies to everyone. Updating your terminology will go a long way in improving touches for pregnant people of all genders.

You can never go wrong with using the term “people” instead of “women”. “People” is very inclusive, it means everybody, including trans, intersex, etc

Other inclusive words include “patient” or “parent”. You could also say “people who can get pregnant” or “people who can experience menstruation”. This has a bonus point for being mindful of women who don’t have uteruses, don’t menstruate, or can’t get pregnant for one reason or the other.

To replace the word “mother”, these words can be used to describe a person who carries and gives birth to a baby. This term is also useful for same-sex couples in which both partners are mothers but only one carries the child.

Using the word “chestfeeding” instead of “breastfeeding” will be adviseable for trans and non-binary parents who prefer to feed their young ones with their own milk. The word “human milk” can also be used for this.

Conclusively, people should not be relegated for not being like everyone else. Everyone should be considered in society, no matter what gender they possess.