Nvidia’s Arm Acquisition Undergoes More Scrutiny by the UK Government. Nvidia’s $40 billion proposed acquisition of Brtish chip designer, Arm, will have to undergo an even more in-depth investigation by the UK’s Competition and Markets Authority (CMA), as reported by CNBC. 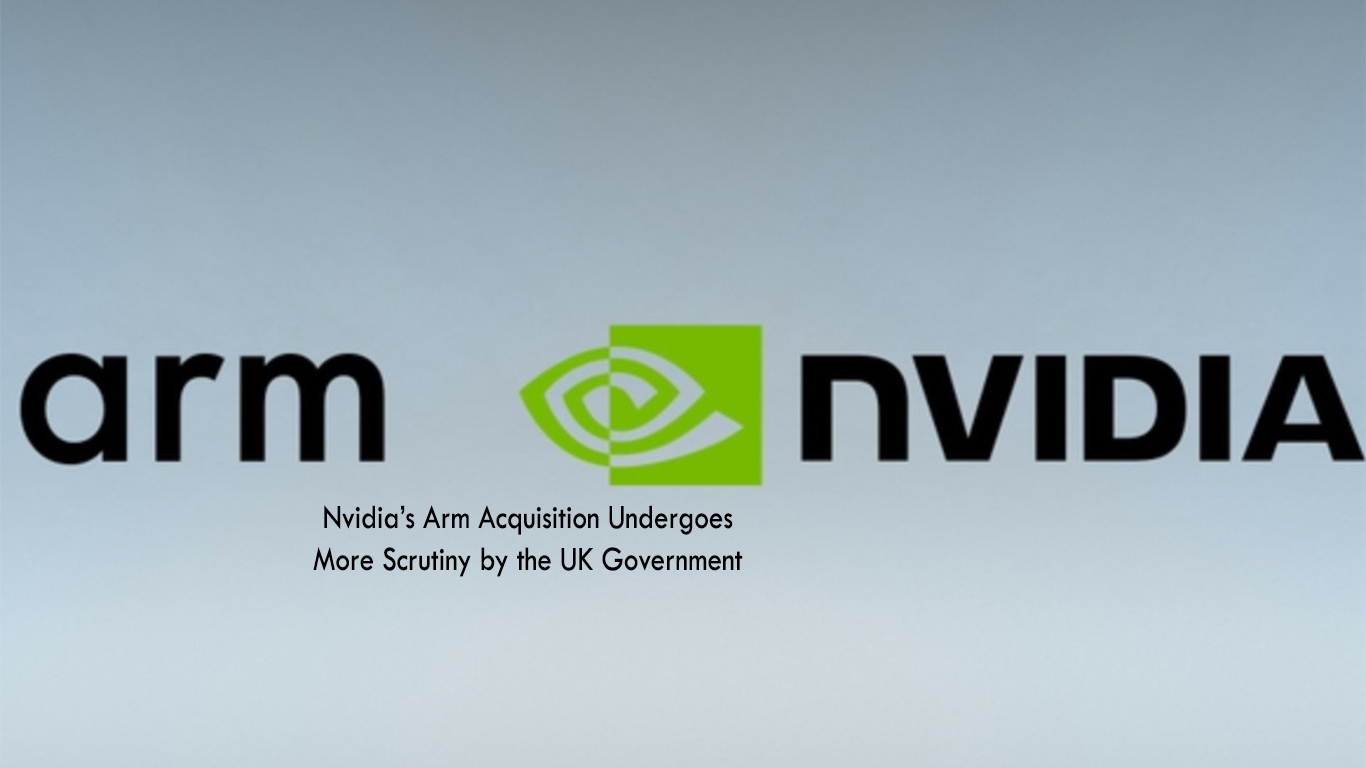 The notice on the UK government’s website confirms that Nadine Dorries, the UK’s Secretary of State for Digital, Culture, Media, and Sport, ordered the CMA to launch a Phase 2 investigation.

The probe is said to take place over a 24-week period and will also scrutinize any potential national security risks and competition concerns that is associated with the acquisition.

The CMA completed their Phase 1 probe in August,  which you can now read in its entirety as a PDF — with CMA’s chief executive Andrea Coscelli who commented that “NVIDIA controlling Arm could create real problems for NVIDIA’s rivals by limiting their access to key technologies.”

It also recommended a Phase 2 investigation at  time, so Dorries’ choice to take the next steps doesn’t come as much of a shock.

According to the verge, Nvidia CEO Jensen Huang is said to initially give its acquisition of arm a March 2022 deadline. In addition to the CMA, the EU launched its own investigation into the acquisition late last month, on the account that acquiring Arm may give Nvidia an unfair edge.

This will likely drag out the deal even more, and that doesn’t include the possible investigations that may be conducted by the US and China.

Nvidia CEO Jensen Huang initially gave the company’s acquisition of Arm a March 2022 deadline, but with regulators closely scrutinizing the deal, he admitted that it may take much longer. Arm was bought out by the Japanese company SoftBank in 2016 in a deal valued at $31 billion.

The chip designer is considered neutral territory in the world of tech, as it licenses out schematics to tech giants such as Samsung, Apple, and Qualcomm, which then manufacture and install the hardware in their own devices.

Nvidia Competes With Many Arm Customers

Since Nvidia actively competes with many of Arm’s customers, regulators worry that Nvidia may put other companies at a disadvantage, possibly preventing Arm from designing more powerful chips for Nvidia’s competitors.

Microsoft, Google, and Qualcomm possess the same fear Nvidia has the power to choose how Arm makes designs, what companies it sells them to, and at what price. Not only could an anti-competitive outcome like this affect Nvidia’s competitors, but it would also impact consumers.

The chip shortage has already made it difficult to buy certain items, like the PS5, Xbox Series X / S, and new graphics cards, and if Nvidia decides to use Arm to give itself special treatment, the chips that are available might have worse performance or cost more than they already do.