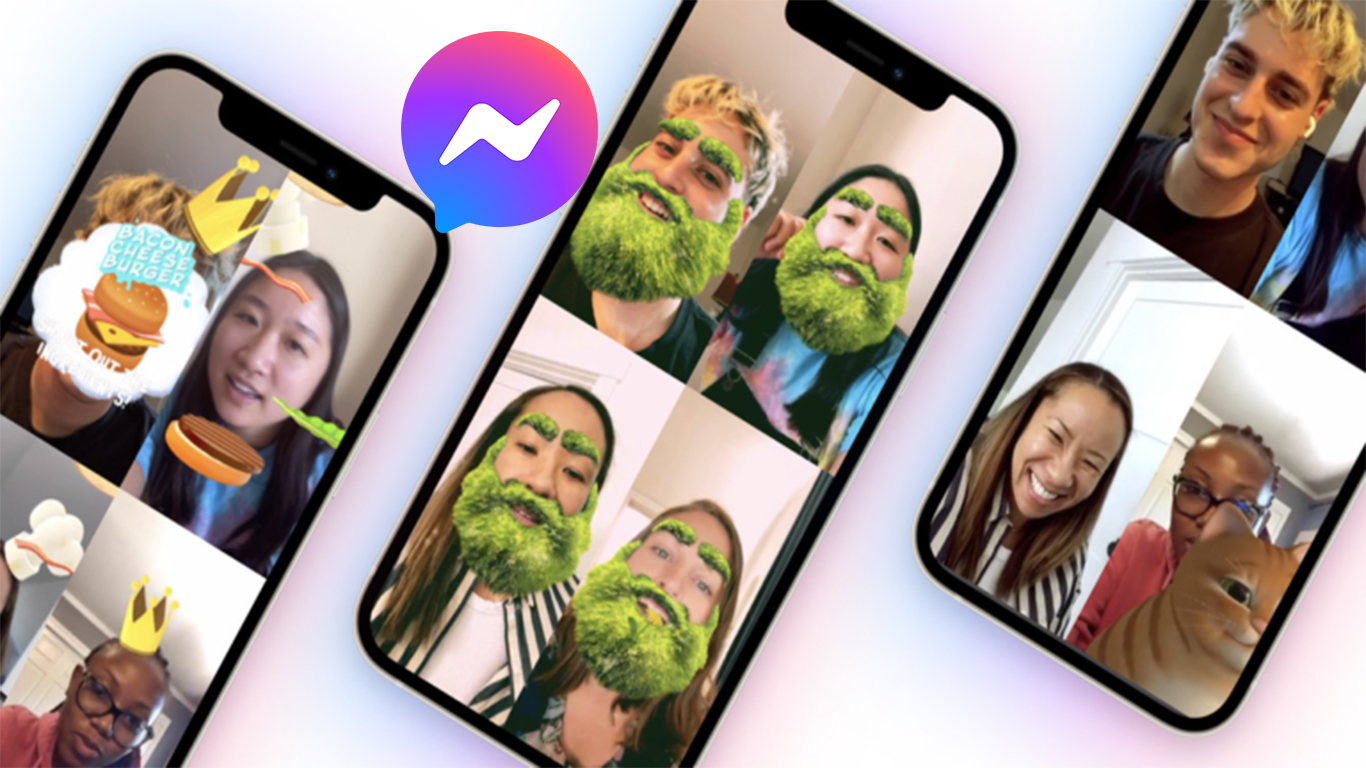 The effects are available now across Messenger video calls as well as Messenger Rooms, the service’s Zoom-like video conferencing feature, and are coming soon to Instagram, the company says.

There are over 70 group effects available at launch, including a game where players compete to build a virtual burger, and another where a virtual orange cat photobombs the call.

It’s a shift from the service’s existing augmented reality features, which tend to only apply to one participant at a time. Facebook says developers will be able to build more group effects using its Spark AR API from the end of the month.

Alongside the shared group AR experiences, Facebook also announced a collection of smaller features coming to its chat services this month. New “word effects” will allow iOS Messenger users (and eventually Android users) to trigger an animation in a chat when a specific phrase is used.

For example, in August the company showed how messaging the phrase “Happy Birthday!” could be set to trigger the party popper emoji to fly up the screen. There are also new “Soundmojis” to tie in with No Time to Die, as well as chat themes and Halloween artwork for Messenger chats and Instagram DMs.

According to the verge, Facebook is rolling out a suite of new products to expand its capabilities in video chat. A tool for starting virtual hangouts with up to 50 people and allowing friends to drop in on you whenever they like.

It’s also doubling the capacity of video calls on WhatsApp from four people to eight, adding video calls to Facebook Dating, and adding new live-streaming features to both Facebook and Instagram.

The moves come as the global pandemic has forced hundreds of millions of people to stay indoors and rely on digital tools for nearly all of their work, school, and play. More than 700 million people are now making calls on Facebook Messenger and WhatsApp every day.

Messenger Rooms promises to be the most significant. The feature, which Facebook says will be available in the company’s products globally sometime in the next few weeks, will allow up to 50 people to join a call.

The room’s creator can decide whether it’s open to all or lock it to prevent uninvited guests from joining. You’ll be able to start a room from Messenger and Facebook to start.