Do you know Why Siri Is the People’s Favorite Smart Home Controller? We usually use a fairly simple metric to determine which artificially intelligent voice assistant is the best for controlling our smart home: Which one do we curse at the least? Apple’s Siri, which turns 10 today, wins hands down. 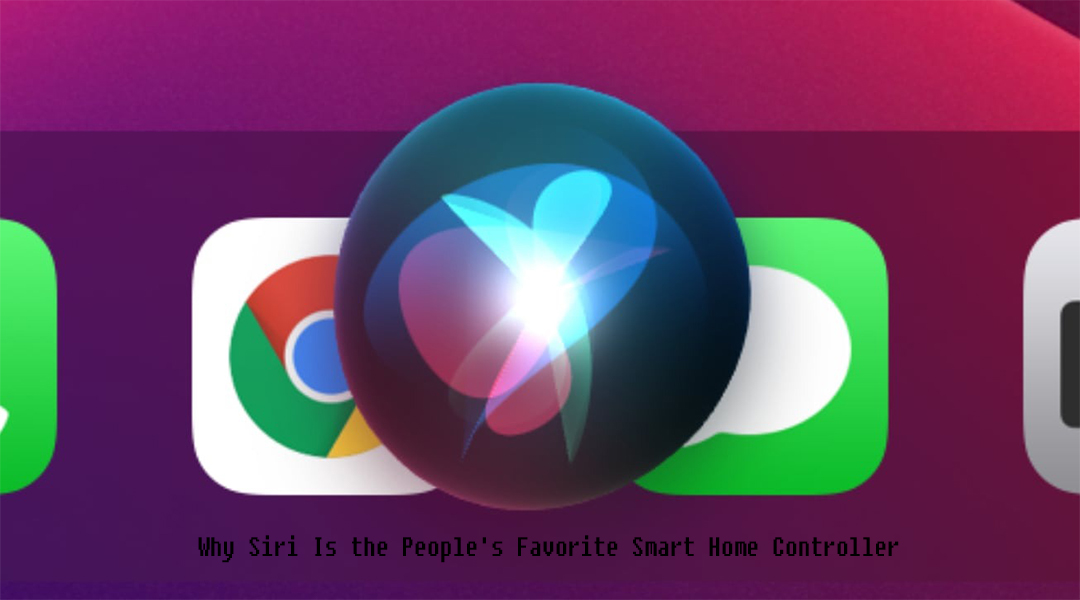 According to the verge, this is slightly to do with the fact it rarely spews useless information e when it doesn’t understand what you are asking and definitely because it never asks if you want to buy something (you know who you are). But mainly, it’s because as a smart home controller, Siri is seriously fast.

Siri, you say? That same Siri whose lagginess is legendary in its native iPhone home? Yes, that’s the one. Bring Siri into your home, but the power of an Apple TV 4K, or HomePod (maxi or mini) behind it as a HomeKit hub, and the snappiness with which the AI does what you command will floor you.

Why Siri Is the People’s Favorite Smart Home Controller

A simple, “Hey Siri, Good Night” turns off all the smart lights in our home, locks the front and back doors, closes the garage door, pauses any music playing, lower the shades, and sets the thermostat to my sleep temperature in around 6 seconds, give or take.

A quick “Hey Siri, lights on” directed at the kitchen HomePod Mini turns just those lights on in under a second. As a bonus, it has never once accidentally illuminated the whole house at 5AM, as some other voice assistants have unhelpfully done (I mentioned the swearing already, right?)

A whispered “Good Morning” into my Apple Watch while pressing the digital crown, and my home springs gently back to life; turning on just the lights I need to get ready without waking up my partner and playing NPR quietly on the kitchen Mini, all before I’ve made it out of the bedroom.

Siri may lack some of the excellent qualities found on competing smart speakers. It’s not the smartest AI that goes to Google Assistant with its powerhouse backend. It’s not the most helpful that goes to Alexa with its frequent (and frequently unsolicited) offers of assistance.

But when all you want to do is turn the lights on and instead of your AI launches into a monologue about who invented the light switch, that’s when you say to yourself, “I wish my smart home controller was a little dumber.”

Yes, fart jokes are funny, and it’s great to have the world’s knowledge just a few words away Siri is no good at either of those things.

But Siri does hear me 100 percent of the time, even when the closest speaker is on the other side of the room, understands my smart home requests 95 percent of the time, and limits its chatty banter to the absolute minimum “On it” or “Coming right up.” These are qualities I admire in a smart home controller. You can get more details here.