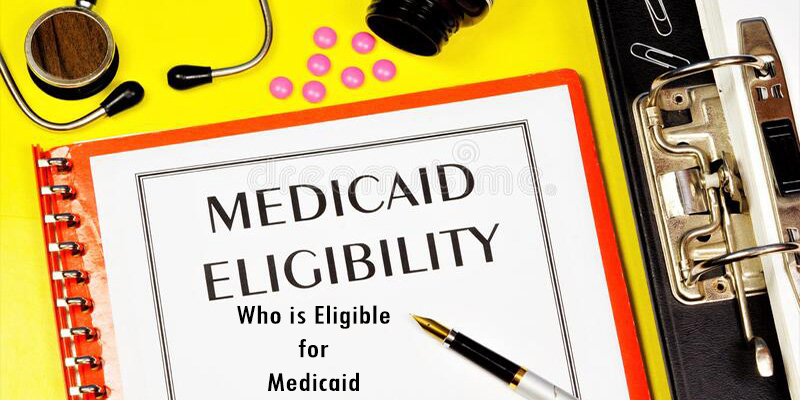 The healthcare service can help if you:

The federal government requires that Medicaid cover certain groups of people such as people with low incomes. The government also sets the minimum benefits. The state a person resides in also has a lot of say in the specifics of who gets covered. Generally, children, pregnant women, and people who are disabled get the most generous coverage.

Who is Eligible for Medicaid – Types of HealthCare Medicaid Covers

There are 56 different Medicaid programs — one for each state, the District of Columbia, and the U.S. territories. Each Medicaid program may help pay for different types of health care. What you pay varies, as well:

Medicaid covers screening and diagnostic tests, including X-rays. It helps pay for hospital stays and doctor visits. Prescription drugs are covered and so is family planning. It also covers nursing homes and long-term care services for people with lower incomes.

Furthermore, you can get financial help if your spouse needs to be in a nursing home. Long-term care is costly. If you qualify, Medicaid can help make sure you have enough money to stay in your home while your spouse gets care elsewhere.

The rules about who can use Medicaid depend on the state you live in. Federal law requires that states cover certain population groups. States then have the option of expanding coverage to other groups or making the coverage more generous.

Your income is important when applying for Medicaid. States usually have a cut-off based on your income. If you’re below a certain level, you may qualify. Some categories of applicants, including the elderly, disabled, and children in foster care may also have to meet an asset limit, depending on their state.

You might be eligible even if you earn more. Even if your income and assets are above the cut-off level, you might still get Medicaid if your medical bills are high. You may be able to subtract those expenses from your income. This is called the spend-down process. After you subtract costs like hospital care and doctor visits, your income will be lower and may make you eligible for Medicaid.

The idea is to open up Medicaid to people who have low incomes and can’t afford insurance on their own but who made too much to qualify for Medicaid. However, states can decide whether they will expand Medicaid to include more people. States that have decided to expand Medicaid must provide coverage to everyone with incomes below 138% of the federal poverty level. That’s:

If you live in Alaska or Hawaii, you can make more money and still qualify.

Each state has rules about qualifying immigrants. Generally, lawfully present immigrants who meet income guidelines are eligible for Medicaid, but some states require them to be in the country for 5 years first. Qualified refugees do not have to wait for the 5 year period, even in states that normally impose a waiting period. More research can be done on Google.