American citizens must have been considering When is the Next Stimulus Check? While there is no official confirmation, President Donald Trump previously said that he is considering issuing a second round of payments following the $2 trillion Coronavirus Aid Relief and Economic Security (CARES) Act. It could be made official before October but this can only be considered if it has been passed by all the head-based reps. Lawmakers are already discussing the issue of what a fourth aid package could look like to help give financial help to millions of Americans amid the unprecedented levels of unemployment.

Representatives Ro Khanna (D-Ca) Tim Ryan (D-OH) introduced the Emergency Money for the People Act which will include an additional $1,200 for every qualified American over the age of 16 for at least 12 months interval. It was also said by Rep. Khanna that a one-time $1,200 dollar check isn’t going to cut it and that Americans needed a sustained cash infusion for the duration of the crisis I order to come out on the other side healthy, alive, and ready to get back to work. 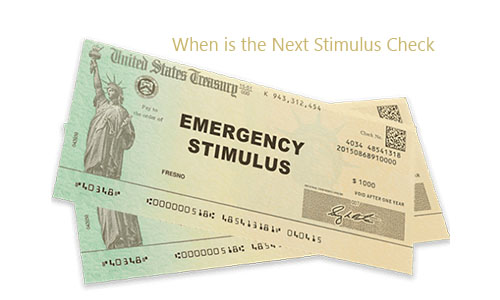 When is the Next Stimulus Check?

Now that the lawmakers are resuming talks to craft another economic rescue package that may incorporate a second direct payment of Stimulus Check, plausible timelines of when the eligible Americans might receive their money can be created. The House Speaker, Nancy Pelosi directed House Democrats to bring a new relief proposal to a vote after agreeing to resume negotiations with Treasury Secretary Steven Mnuchin.

While the bulk of people are expected to get their money sooner, if the first round is any indication, it could still take months for the IRS to send all the checks. After six months of the first stimulus check, the federal agency is still trying to track down millions of people who may be owed money.

Even with the experience of processing roughly 160 million payments in the IRS’ back pocket, some would probably need to clear a few hurdles to receive their money.

Reasons that Could Delay the Check from Arriving Sooner

There are no known details unless, or until a new bill is passed and the IRS gears up to send the next round of checks, but here are some points you can work on not to get delayed.

Any decision on what the latest stimulus bill could look like may not come to conclusion until the House and Senate reconvene, although it is possible to pass legislation before that if there are no objections.

Now you can get to know more about this just click here CNET.