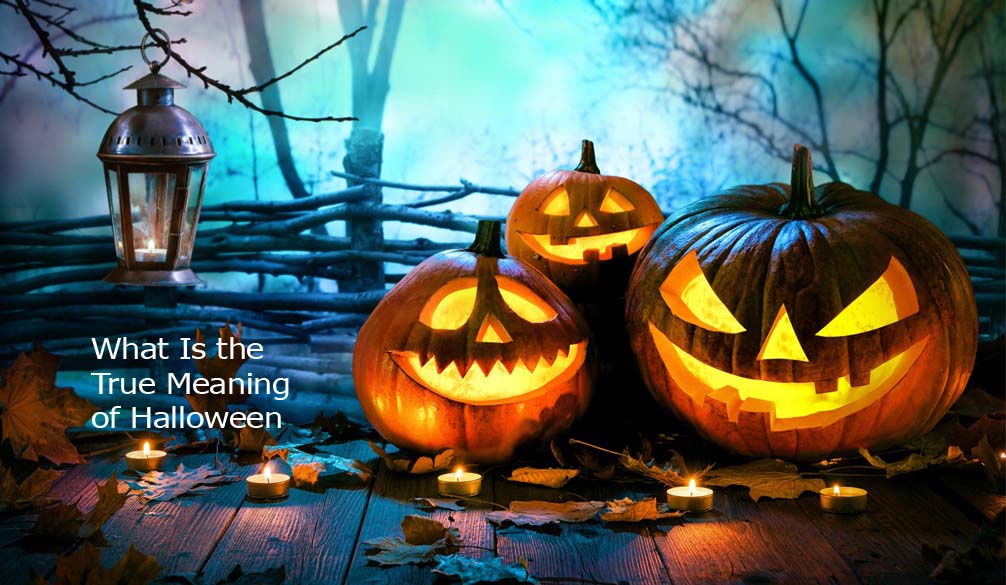 What Is the True Meaning of Halloween

It is true that Halloween is one of the spookiest nights of the year if not the spookiest. But do you know the true meaning of the day, October 31st? A 1785 poem popularized the word Halloween which is also the name of the poem by Scottish poet Robert burns. If that’s true, where does the name come from then?

The word Halloween consists of two words smushed together. There is the “hallow” part and the “een” part of the name. hallow here which can also refer to a holy person is the saints celebrated on all saints day, which has a date of November 1st. the “een” part on the other hand is a contraction of eve meaning the evening before.

So with the meaning of the two parts of the word, one can say that Halloween simply is the night before all saints day also referred to as Hallowmas or all hallows day. November 1st traditionally is dedicated to a feast by Christians all over the world celebrating the departed or “dead” including all the saints. And according to Christian tradition, the faithfuls start to celebrate the night before the main feast takes place.

Historians however have linked Halloween to Samhain. Samhain is a Celtic festival celebrated in Scotland, Ireland, and the Isle of Man. And according to Celt mythology, during Samhain, the veil between our world and other worlds becomes thin and in the process making it easier for the souls of the dead to return. According to a report on the Mirror, on this day, people would make offerings to please the spirits of their departed ancestors

What Is Halloween and Why Do We Celebrate It

Halloween is a day or type of celebration that has both Christian and pagan origins. According to scholars, the tradition originally started with the ancient Celts and their festival of Samhain. At this very festival, people would light bonfires and wear costumes to try and ward off ghosts. They would also present gifts to please the ghosts of their ancestors.

Halloween is celebrated on the 31st of October of every year. Reports show that in the eighth century, Pope Gregory III made November 1st the day to honor all saints. Repost also claim that all saints day then incorporated some of the cultures of Samhain. The evening before all saints day is known as hallows eve and then later Halloween. And over the years Halloween has evolved into a day of numerous activities such as trick or treating, carving jack o lanterns, wearing costumes, eating treats and so many more.

Why Halloween Is Bad

Halloween normally is a day of celebrations. Besides that, it is also one of the spookiest days of the year. The celebration is associated with elaborate costumes, a high number of risks, pedestrian fatalities, vandalism, and thefts. It is in fact one of the most dangerous days of the year according to reports.

Why Do We Carve Pumpkins on Halloween

Carving pumpkins is a very popular practice on Halloween. And over time the practice of carving scary faces on pumpkins has evolved into many other forms of pumpkin carving. But the main and original idea of the jack-o-lanterns was to scare away evil spirits. It started with the Irish as they would set the already carved pumpkins by their doors and windows with the hope that it would protect and keep them safe.