News Feed is a feature of the social network Facebook. The web feed is the primary system through which users are exposed to content posted on the network. News Feed highlights information that includes profile changes, upcoming events, and birthdays, among other updates. 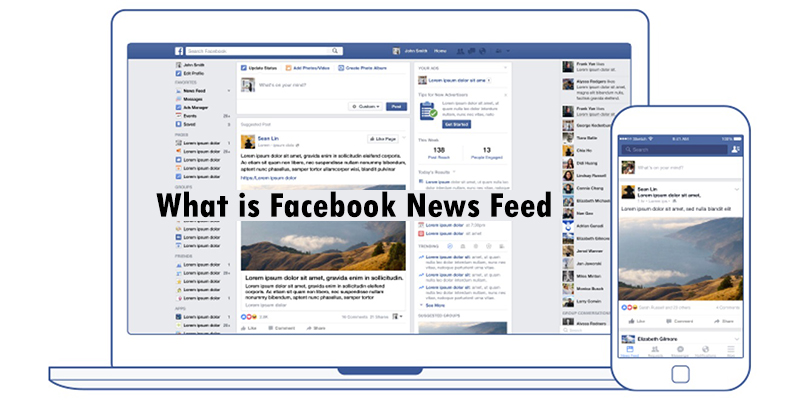 Using a proprietary method, Facebook selects a handful of updates to show users every time they visit their feed, out of an average of 2,000 updates they can potentially receive. Over two billion people use Facebook every month, making the network’s News Feed the most viewed and most influential aspect of the news industry.

Facebook’s objective is to select the most relevant and engaging stories to show in the News Feed. It wants to choose the best content out of several thousand potential stories that could appear in your News Feed each day, and put those in the first few dozen slots that you will actually like to browse through.

These stories get ranked and shown in order of importance, from big stuff like your sibling getting married or a news article that 10 of your friends have shared, to the average links shared by brands to their websites, too boring stories like a distant acquaintance RSVP’ing for an event.

Facebook prioritizes stories you’ll Like, comment on, share, click, and spend time reading, which we’ll refer to as “engagement”. Facebook also runs both online surveys and offline focus groups to get more feedback about what stories people think should appear. The more engaging the content, the more you’ll come back to Facebook, and the better it can accomplish its mission of connecting people while also earning revenue from ads shown in News Feed.

The social media giant has updated features to its news feed. At first glance, posts are substantially larger and activities highlighted on the sidebars have become much larger as well. The most distinct change is the number of visuals versus text. Facebook has previously gone through the debate of whether to make the site more visual or not. With these changes, Facebook ultimately has decided that visuals would take center stage and become one of the most important aspects of the site.

Facebook also injects ads into the News Feed. These don’t replace any naturally visible post but instead just get injected in between them, pushing down the ones that come after. It uses a similar but separate ranking algorithm to determine whether you’re likely to be interested in a Page or business’ ads. Facebook limits the number of ads you see, and therefore wants to maximize the likelihood that the ones it shows you will resonate with you or get you to click since that’s how it earns more money.

The more Facebook knows about you, the more relevant the ads will be. If you fill out your profile and Like the Pages of things you care about, Facebook’s ads will become more personalized and relevant, informing you about products, apps, events, and more that you’re truly interested in.