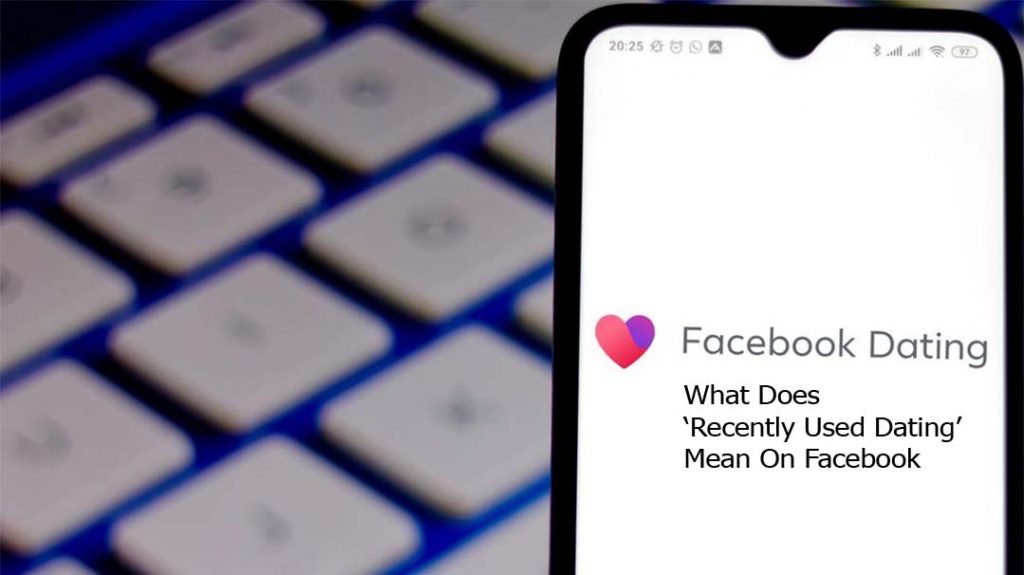 Facebook is now more than a place where you just chat with your friends and family members. On Facebook, you can now do just about anything you want now, from playing games to dating, whatever it is, then you can now get it done on the platform.

One of the most recent features on the platform is the dating feature. And although it has been around for quite some time now, the feature is still one of the social media platforms newest. The feature, however, has left a lot of users with access to it very confused with lots of questions rather than answers.

Where Does The Message Appear?

This is another good question for people who haven’t noticed this already. The said message appears on your news feed. The message also shows a list of all the people on your friend list on Facebook that have made use of the Facebook dating app and service recently.

With the latter being said about the recently used dating message on Facebook, what then is Facebook dating?

The reason for this question is this. If you were at any time confused about the recently used dating message, then it simply means that you are not familiar with the Facebook dating feature.

Facebook dating is the social media platform’s (Facebook) own dating service that was launched back in September 2019. The service works like just any other dating tool and platforms like tinder or bumble, only that this very type of dating service is all done through Facebook.

Facebook dating just like tinder can match you with people within a 100km range and you can also filter results based on your location, religion, age, height, and many other factors. There is no web version or standalone mobile app for the dating service by Facebook. It can however be accessed through the Facebook mobile app for iOS and Android only.

Facebook dating was launched in Europe until October but it only become a lot popular in 2021.

That’s it. You should however note that Facebook will notify other users when you have used the dating service recently.