An early look at WarioWare proves that WarioWare Appears to Be More Chaotic than ever on Switch. As we all know, the WarioWare game series has always been about chaos. The micro-game is so fast and strange that before you know what is going on, the game has already moved on to something new. Recent news suggests that gamers who own Switch will now be able to get a taste of the chaos with the upcoming “WarioWare: Get It Together” game for switch. 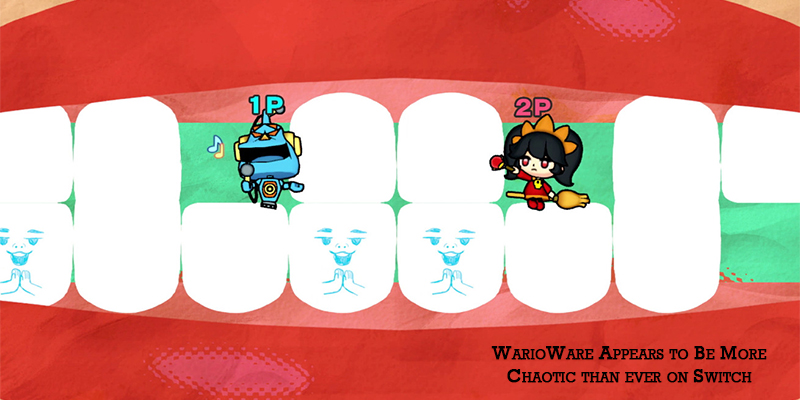 According to an article on The Verge, they said it might be the most chaotic take they’ve ever seen on the series. They mentioned that Nintendo recently took them through a brief hands-off demo of the game running through a couple of different modes. The one unifying fact between all of them appeared to be a desire to take the microgame concept to completely absurd new levels.

WarioWare Appears to Be More Chaotic than ever on Switch

Currently, it looks much like there will be so much fun in the WarioWare “variety pack”. According to Nintendo, it is a hub of party games. What this means is that you will play through playlists that feature a series of themed challenges. One of the challenges called Daily Grind features a handful of side-scrolling levels that gets stranger and more challenging as you progress.

In this daily grind mode, you start out as a Wario but you can collect power-ups that can randomly turn you into another character. Different characters have a completely different styles of movement. For instance, one of the characters is on a skateboard and will roll forward automatically while another one is a witch that flies and shoot magic spells.

There are several variety packs on the new WarioWare and truth be told, the game is now more interesting than ever. As random and wild as the game sounds, they do give you a little time to prepare. There is a play-o-pedia game mode and it is exactly as it sounds. It is a playable encyclopedia of the game.